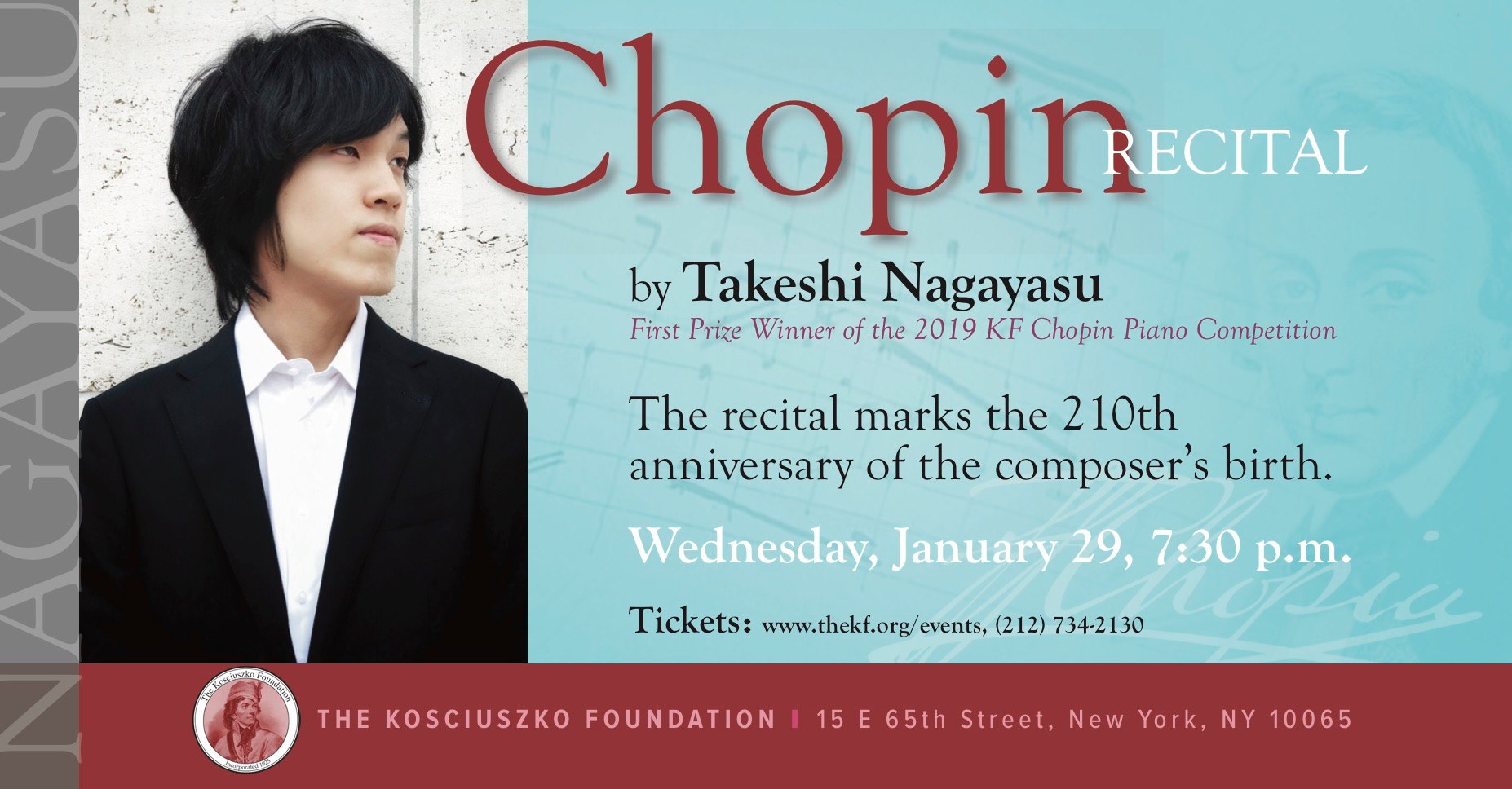 Takeshi Nagayasu, First Prize winner in 2019 KF Chopin Piano Competition will give an all Chopin recital marking the 210th anniversary of the composer's birth. Join us on January 29, at 7:30 p.m. at the Kosciuszko Foundation in NYC for an exquisite evening of piano masterworks by the Juilliard musician on the rise. A Meet and Greet the Artist Reception will follow the recital.

Hailed from Japan, Takeshi Nagayasu is a student of The Juilliard School of Music where he studies with Matti Raekallio. Previously, he was enrolled in the Cleveland Institute of Music (2017-2018) studying with Antonio Pompa-Baldi. Prior to coming to the United States, he studied at the Music Middle School Affiliated to Shanghai Conservatory (China) with Professors Xiaohe Xie, Zhe Tang and Oleg Roschin.

Takeshi is a winner of the 2018 Jacob Flier Piano Competition and had a debut recital at the Carnegie Weill Hall in March, 2019 (all Chopin program). He is also First Prize winner in the KF 66th Chopin Piano Competition held in March 2019. Among the Competition special prizes were invitation to give master classes and perform a Gala Recital at the Paderewski Festival in Paso Robles, CA in November 2019, as well as a full scholarship to attend the International Keyboard Institute and Festival in New York City in 2020.

Besides solo piano performance, Takeshi focuses on collaborative piano and chamber music as well as some composition. He is now working at the Juilliard School as an accompanist. He has also studied violin for many years.