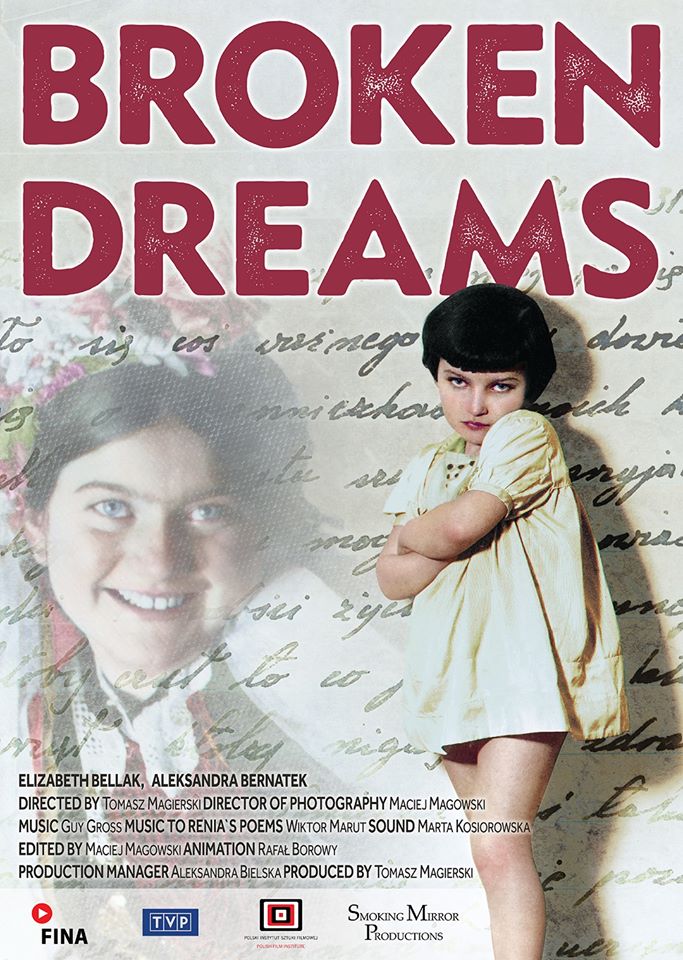 The film tells the compelling story of two Polish Jewish, teenage sisters, Ariana and Renia Spiegel, struggling to survive the Holocaust in Nazi-occupied Poland.The film draws on the journal kept by Renia from 1939 to the summer of 1942. In 1942, Renia was murdered by the Nazis on the street in Przemyśl.

“Broken Dreams" tells the story of two Polish - Jewish sisters. They are both talented: Ariana Spiegel performs on stage in Warsaw shortly before the war. Renia is more introverted. She is a gifted poet who keeps a diary covering the years 1939-1942.

The seven hundred-page diary describes her daily life under the Soviets and later under the Nazi German occupation of Przemysl until the time when she is brutally murdered on the streets of Przemysl.

Ariana Elizabeth Bellak, who currently lives in New York, narrates her story on screen. Her narration intertwines with text from Renia's diary recited by Aleksandra Bernatek. This nearly seven hundred-page journal by Renia Spiegel presents an insight into the life of a young woman, whose life was tragically cut short shy of her eighteenth birthday. This powerful diary featured in "Broken Dreams" is a primary historical source of the Holocaust.

The Best Polish Food in the USA From The Polish American Congress. Ask your U.S. Senator to Co-Sponsor S. Res. 566 NY: Dr Andrzej Salita Lost His Battle with COVID-19 Concert in Memory of John Paul II Celebrating 100th Anniversary of His Birth Handcrafted Artisan Soap from MagiDo NYC Covid Hospitalizations Down 95% from Peak Affordable Building Lots in Florida! Buy All Five or Just One
read more