The 75th Jubilee Banquet of the Polish American Congress (PAC) 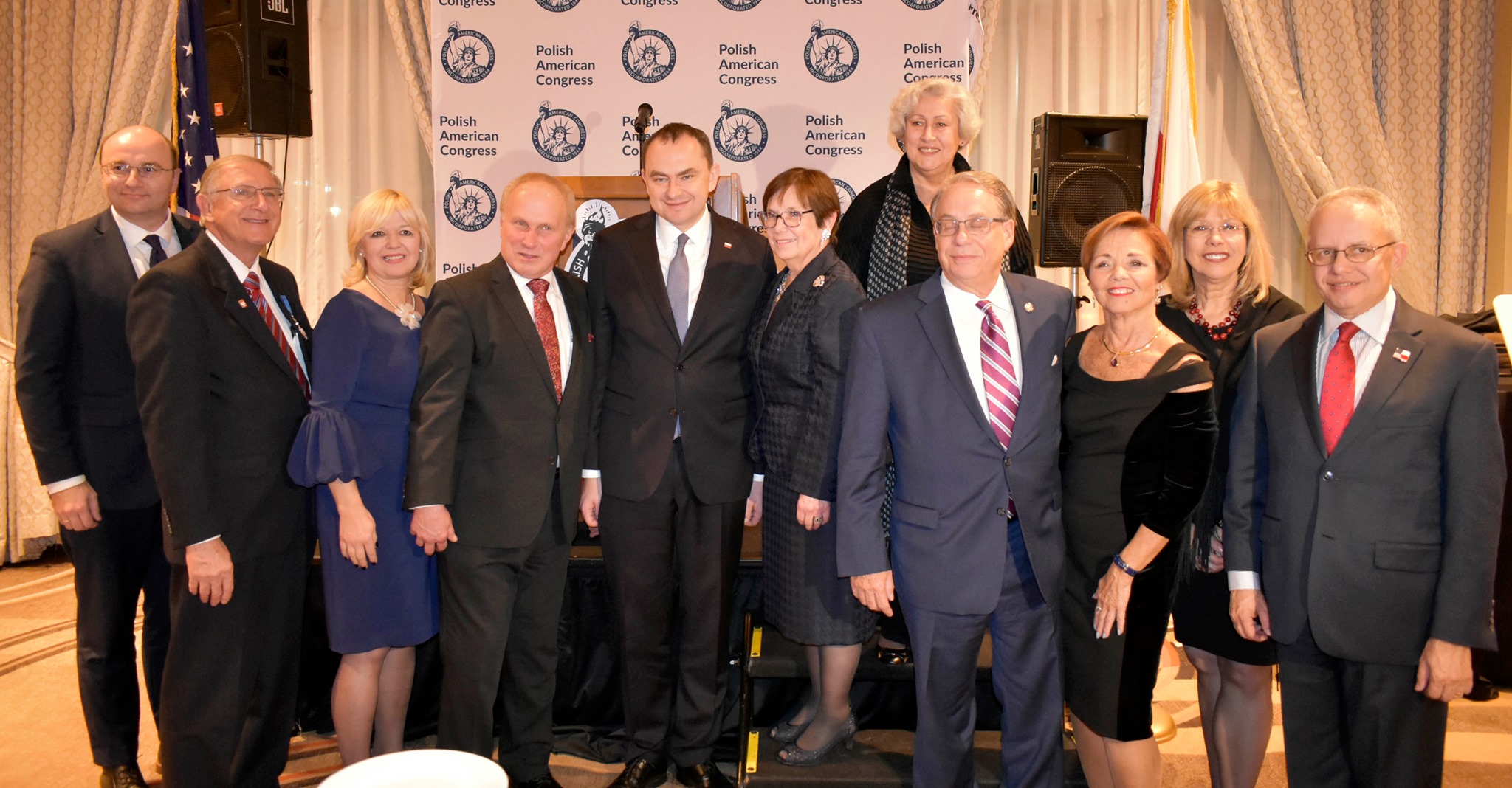 At the 75th Jubilee Banquet of the Polish American Congress (PAC), on November 14, 2019, several founders of this organization received awards at the order of the President of Poland Andrzej Duda. The awardees are Mr. Charles Rozmarek, Mrs. Honorata Wołowska, and Mr. Jan Józef Olejniczak.

PAC President Frank J. Spula accepted the award for Mr. Charles Rozmarek, a PAC founder, who served as the President of the PNA. PAC National Vice-President for Education, Mrs. Bożena Nowicka McLees, accepted the award for Mrs. Honorata Wołowska, a founding member of the PAC and leader of the Polish Women's Alliance (PWA). The President of the Polish Roman Catholic Union of America (PRCUA) Mr. James Robaczewski accepted the posthumous award of the Commander's Cross with Star for Jan Józef Olejniczak, a founding member of the PAC who was a leader of the PRCUA.

The following outstanding activists received awards for their distinguished service to the PAC at 75th Jubilee Banquet:

Mr. Frank Milewski for the Anti-Bigotry Campaign, and his work as a Division President.

Mr. Ted Mirecki for years of his dedication to the Polish American Congress and his work as a Division President.

Mr. Steve Tokarski for his work as a Parliamentarian, and Division President.

Congratulations to all awardees!