Maltese Calls for Unborn Victims of Violence to be Protected 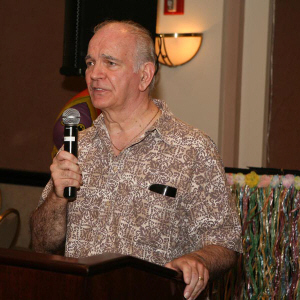 In the wake of the tragic murder of a young pregnant Queens woman in South Ozone Park, State Senator Serphin R. Maltese (Queens) renewed the call for enacting the Unborn Victims of Violence law that he sponsors in the Senate.

The measure (S.3117) would treat the killing of an unborn child as a form of homicide. The legislation is very similar to the California law that was used to charge Scott Peterson with Capital Murder for the deaths of his wife, Laci Peterson, and their unborn son, in a case that drew national attention.

According to police reports, 25-year-old Niasha Delain of South Ozone Park was brutally stabbed death on her baby’s due date, this past Saturday.

This is truly a double tragedy and the person responsible should be charged with a double murder,” said Senator Maltese. “This was a full term baby murdered on its due date and when the sick culprit is found, he or she will only be charged with assault for the death of the baby.”

“My bill will protect unborn children from criminal assault and hold accountable those who deliberately seek to harm an unborn child, either in
retaliation against the mother or simply as the result of a senseless act of violence,” said Senator Maltese, a former Assistant District Attorney
and Deputy Chief of the Homicide Bureau. “I cannot imagine the incredible anguish expectant parents experience when their unborn child is killed before it is even born and they then find that the perpetrator can only be charged with assault. This will close a glaring loophole in our law that allows someone to get away with murder.”

Under the current law, if an unborn child being carried by a pregnant mother is killed or injured, the offender may not be held criminally
responsible for the harm caused to that child unless it had been born alive. The only criminal responsibility in such a situation is for the harm caused to the pregnant mother. This legislation would recognize that unborn children may be victims of assault or homicide.

The bill in no way alters a woman’s right to an abortion or to medical treatment. Twenty six states have already enacted laws which recognize unborn children as human victims of violent crimes.

“This is about very much ‘wanted’ children whose parents are eagerly anticipating their arrival, but tragically these unborn babies are wrongfully, violently taken from them,” Senator Maltese added.

Senator Maltese pointed out that murder has become the number one cause of death for pregnant women and that violent attacks on pregnant women in New York have increased since 2000. Other recent examples of horrific crimes that claimed the lives of unborn children include the following:

September 2007 – a Long island woman and her unborn son were senselessly killed
March 2006 – a nine months pregnant Bronx woman was brutally stabbed, strangled and beaten to death.
April 2005 – a near-term pregnant woman was found shot in the head and dumped in the waters off Manhattan.
February 2005 – a pregnant secretary was shot to death by her boyfriend because she had refused to get an abortion.
Christmas Eve 2003 – Allan Murphy shot his girlfriend, who was three months pregnant.
July 2003 – a pregnant woman in upstate New York was repeatedly stabbed in the abdomen by her boyfriend in an effort to cause a miscarriage.
June 2003 – a pregnant Bronx woman was repeatedly assaulted and kicked in the stomach causing the death of her unborn twin boys at eight months.
Month 2003 – a married man bound his pregnant girlfriend to a chair and then blew up her house. The girlfriend had refused to have an abortion.
April 2000 - Dr. Stephen Pack, an emergency room doctor at Montefiore Hospital in the Bronx, repeatedly stabbed 31 year-old Joy Schepis, a pediatric nurse at the hospital, with a syringe full of an abortion-inducing drug in an attempt to kill the two-month old fetus he fathered. The doctor was charged with assault against the woman, but no charges could be brought for the attempted assault against the unborn child, who was the intended victim of the crime.
Chairman, Senate Special Committee on the Arts & Cultural Affairs
71-04 Myrtle Avenue, Glendale, New York 11385 ~ 718-497-1800
157-02 Cross Bay Blvd, Howard Beach, New York 11414 ~ 718-738-0049
413 Capitol, Albany, New York 12247 ~ 518-455-3281