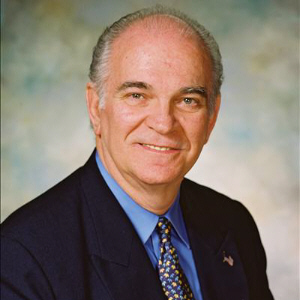 Senator Serphin R. Maltese (Queens) today gratefully accepted the endorsement of the New York State AFL-CIO.  The endorsement of Maltese by AFL-CIO is in addition to many of the state's leading labor unions supporting his re-election efforts.  The AFL-CIO praised Senator Maltese's strong record of delivering for hardworking men and women in Queens.

"New York State AFL-CIO, which is celebrating its 50th Anniversary, has a proud tradition of advocating on behalf of working men and women and laborers in this state and it's very humbling to have their support," said Senator Maltese.  "As we work to grow our economy, it is imperative that we have a workforce that is prepared for the challenges our state faces.  AFL-CIO has been a strong advocate on behalf of New York's workers, fighting for legislation that ensures a safe work environment, fair wages, ending mandatory overtime and access to quality healthcare.  I am so proud to partner with them on these and many other issues that important to hardworking, middle class men and women here in Queens."

NYS AFL-CIO represents 2.5 million union members across New York State.  In 2007, AFL-CIO was instrumental in working with the Senate to pass historic legislation reforming New York's outdated worker's compensation laws.  Additionally, this year, working together, the AFL-CIO and the Senate were able to pass a new law prohibiting mandatory overtime for nurses.

NYS AFL-CIO President Denis Hughes, in a letter to Senator Maltese, said "The social and economic problems facing our state and nation require strong leadership on the part of our elected officials.  We are confident you will demonstrate such ability."

"In order for our state to succeed economically, we need our men and women working in good paying, secure jobs," said Senator Maltese.  "I look forward to a continued partnership with AFL-CIO so we may continue our good work on behalf of the hardworking, middle-class families in Queens.  I especially thank President Denis Hughes and the other state-wide officers as well as the individual members who work so hard every day to make our state and local communities run efficiently and effectively for the citizens."