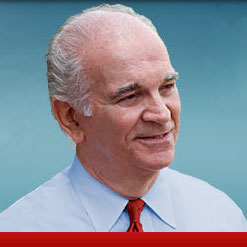 "It is so gratifying to receive the support and endorsement of CSEA, the strongest advocate for New York's workforce," said Senator Maltese.  "Hardworking, middle-class workers in my district rely on CSEA to be their voice in Albany on critical issues such as wages, workplace safety, healthcare and retirement.  I have always been proud to partner with CSEA to ensure that working men and women have the necessary resources to succeed in their careers and make a good living for their families here in Queens."

CSEA represents over 256,000 active and retired public and private sector employees.  In their letter to Senator Maltese endorsing his re-election efforts, President Danny Donohue and Region 2 President George Bonaraglio acknowledged his "strong support of issues affecting the needs of all hardworking men and women in your District."  They went on to say "It is important to know that working men and women have a strong voice that will represent their interests in Albany."

"There is no more important task I have as a State Senator than supporting working families in Queens," said Senator Maltese.  "These employees are on the front lines in making sure our state functions.  Whether it be healthcare workers, corrections officers, laborers or one of the other thousands of employees represented by CSEA, they need an advocate in Albany who will fight on their behalf for good benefits in a safe working environment.  I would like to personally thank President Danny Donohue and Region 2 President George Bonaraglio for their endorsement as well as all the employees represented by CSEA in my district who continue to support me.  I look forward to a continued partnership with CSEA so the hardworking, middle class families of Queens can rest assured that their jobs are secure and that they have access to quality healthcare and upon retirement, their benefits remain equitable and in tact."

Due to his strong record on education, labor and employee issues, Senator Maltese has also received the backing of the Council of School Supervisors and Administrators – New York City (CSA) and the New York State Public Employees Federation (PEF).