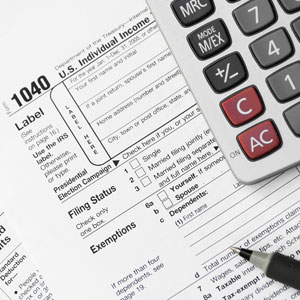 In honor of National EITC (Earned Income Tax Credit) Awareness Day and the start of the 2008 tax season, Department of Consumer Affairs Commissioner Jonathan Mintz is urging New Yorkers to call 311 to find out if they are eligible for the Earned Income Tax Credit. By claiming the EITC, along with new credits, such as the New York City Child Care Tax Credit, New Yorkers could put more money they deserve back into their pockets this year.

This tax season, the Mayor's NYC EITC Coalition Campaign also offers more help than ever in claiming the EITC, filing your taxes for free or for a dramatically low cost, and learning about other important credits and benefits for which you may be eligible.

Campaign literature about the EITC is now available in 12 languages. All materials, including the newest language, Vietnamese, are available for free by calling 311 or downloading them online.

The Earned Income Tax Credit (EITC)
The EITC returns federal, state, and New York City tax dollars to qualifying families and individuals. If you qualify and have children, claiming the EITC could put as much as $6,300 back in your pocket! The first step is finding out if you're eligible:

NEW THIS YEAR: New York City Child Care Tax Credit The New York City Child Care Tax Credit is a new local credit for City residents who earn $30,000 or less and pay child care expenses for children three and under. If you qualify, you could get as much as $1,733 back! For more information, download the fact sheet and remember to ask your tax preparer about this new credit.

More Tax Prep Help in '08! The NYC EITC Coalition Campaign is offering more tax preparation opportunities than ever before. Simply choose what kind of site is most convenient for you and file!

New: Tax Prep Plus! In addition to free sites, new sites offering dramatically reduced costs to file tax returns will be available, increasing not only capacity but the options available to eligible New Yorkers. Run by nonprofit organizations in partnership with the commercial tax preparer Tax One, Tax Prep Plus sites will file returns, plus screen eligible filers for additional credits and benefits using ACCESS NYC, the City's free public screening program. Families (with dependents) who make less than $40,000 or individuals earning less than $20,000 are eligible. The cost is $20 up through February 16, 2008 and $10 after that date. Sites begin opening in late January 2008.

Call 311 or go  online to find a free tax preparation site or a Tax Prep Plus site near you!

More about DCA's OFE DCA's Office of Financial Empowerment (OFE) is the first local government initiative in the nation with a mission aimed expressly at helping to educate,  empower, and protect those with low incomes so they can build assets and make the most of their financial resources. OFE is the first program to be implemented under the Center for Economic Opportunity as part of Mayor Bloomberg's aggressive efforts to fight poverty in New York City. OFE is committed to testing, rolling out, and promoting the most effective strategies for helping New Yorkers with low incomes move out of poverty.

Call 311 or visit DCA's website for more information on the Earned Income Tax Credit. Getting a refund? Get helpful Money Saving Tips from DCA's OFE.