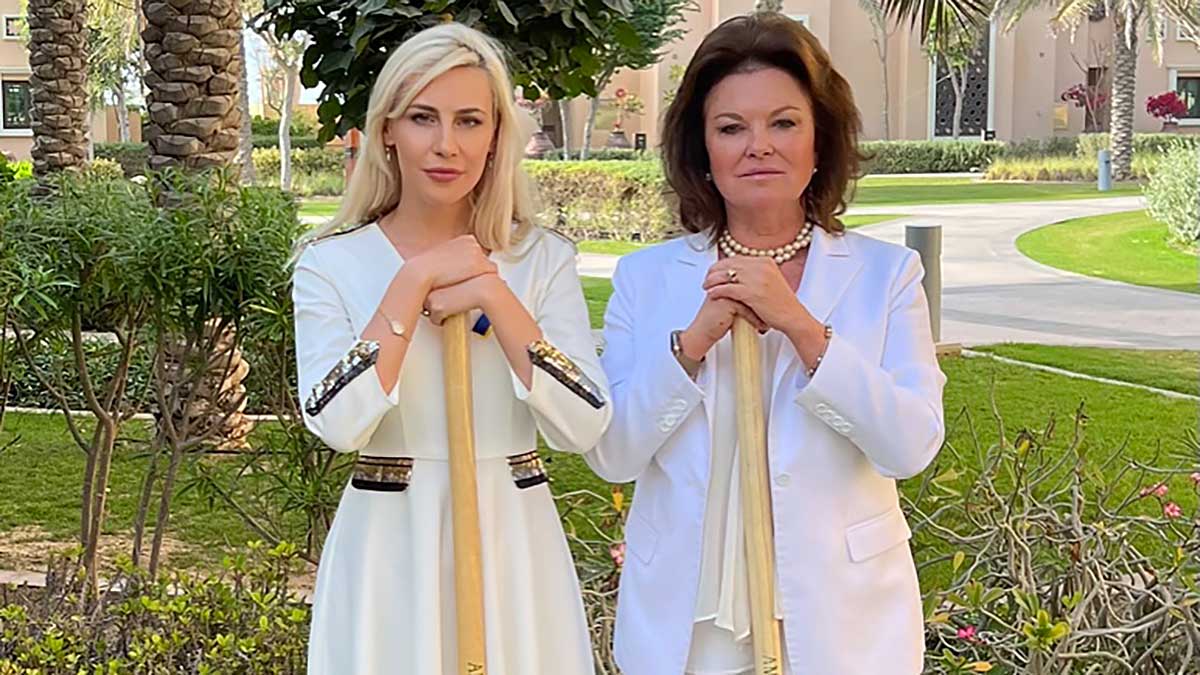 Forbes 30/50 Honorees Join Forces To Eradicate Landmines Worldwide. Both were in attendance at this week’s FORBES 30/50 Summit in Abu Dhabi, and decided to partner for immediate action amid news that landmines are being planted by Russian forces in the Ukraine along a ‘human corridor’ that was legally designated for safe refugee evacuation. This dishonest and immoral war crime has littered Ukrainian soil with newly planted landmines, unexploded ordnances, and other deadly explosive remnants of war.

Princess Angelika Jarosławska Sapieha of Poland is an International Peace Ambassador and the head of the board of the Geopolitical Alliance of Women, established in Kyiv, Ukraine. The Princess is the initiator of the ’One Mine, One Life’ movement and campaign for a mine-free world. Heidi Kuhn is the Founder/CEO of peacekeeping NGO Roots of Peace that has helped remove 100,000 land mines from the soil of ten countries across the world– and replaced them with the infrastructure for regenerative, sustainable agriculture.

The duo will partner first on a demining initiative in Karabakh, Azerbaijan, where the soil once produced the finest wines in Europe but has since become a “black garden” of landmines. Ms. Kuhn recently visited the fields of Karabakh, detonating eight anti-tank landmines. The work is far from over. “There are an estimated 60 million landmines silently poised in 60 countries, awaiting the sandal of a child or the boot of a farmer,” said Kuhn, “Humanity has the power to detonate a landmine and plant a grapevine as an act of peace. Our goal is to turn ‘Mines to Vines’ on war-torn lands—blood to wine, killing fields into vineyards, swords into plowshares.”

MORE INFO ON ROOTS OF PEACE

For the past 25 years, Roots of Peace has worked in war-torn countries around the world to remove the remnants of war, landmines and unexploded ordinances, and restore the land in order to rebuild peaceful communities for generations to come.

More than 500 million smallholder farming households across the world live on less than $2 a day. Building a sustainable, regenerative source of income that gives families livelihoods and stability is one of the most pressing issues to be addressed in post-conflict countries. With the help of Roots of Peace, farmers are addressing the key challenges to increased income by applying modern technology and farming techniques that result in increased yields and sustainability.

The Roots of Peace “Mines to Vines” approach has impacted over one million farmers and families. By removing landmines and the remnants of war, Roots of Peace frees land held hostage by unrest. In Afghanistan, it has facilitated the export of fresh fruits, nuts and spices to markets around the world, contributing to the increase in Afghan agricultural exports from $250 million in 2014 to over $1.4 billion in 2020. Roots of Peace’s award-winning methodology is rooted in building a business model for peace: providing market-driven solutions tailored to rural communities in war-torn lands and serving as a catalyst for industry-wide development across the world.

For more info and the chance to donate to Roots of Peace, click here.

MORE INFO ON ONE MINE ONE LIFE

We invite you to be a part of the One Mine One Life community and create a butterfly effect. Speak up about your disagreement with the concept of inhumane weapons of war - landmines. Educate about landmines and landmine victims. Support demining organizations and work of the brave people who risk their lives to clear the world from landmines.

For more info on One Mine One Life, visit https://onemineonelife.com