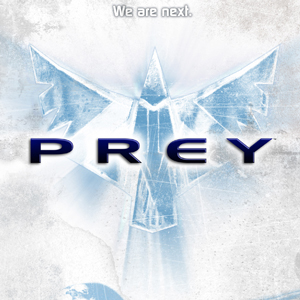 Prey is one of those games that just took an incredible length of time to come out, following the likes of Duke Nukem Forever and even STALKER (but that ended up being a great game). But, is Prey any good?

Prey starts off brilliantly with its intro, as you're put in the role of an American Cherokee who witnesses the beginning of an alien invasion. It really is a great scene, as you spend the first two minutes walking around the bar and interacting with the characters and even arcade machines a la Doom 3. Its once you get in the ship that you realize the rather glaring problems and inconsistencies inherent in the gameplay.

Prey's main gimmick is its portals. Similar in function to doors, these portals can take you to wildly different areas in the blink of an eye. However, these portals are placed statically in the game world, unlike in Portal, where you create your own portals and paths in order to solve puzzles. Their are some cool gravity-defying tricks such as gravity-reversing switches and floor panels which allow you to walk on the "ceiling." The level designs are great, and the designers learned how to use the 3D space quite effectively. Also, Tommy learns to Spirit Walk, where your spirit leaves its body and lets you access parts of levels and solve puzzles you usually wouldn't be able to.

The rest of Prey feels just as disappointing as the Doom 3 technology that powers it. The gameplay is simply derivative, FPS fare which was present in the late 90s. You run down hallways and gun down enemies with about 5 different weapons. The health system removes any challenge in the game. If you die, Tommy is sent to the Spirit world, where he has to shoot down spirits to get health and energy back and is then revived. It basically feels as if you're playing the game in God mode, being similar to the vitachamber system found in Bioshock. The AI is also pretty disappointing. Prey's multiplayer only features Deathmatch and Team Deathmatch, so you won't be coming back after beating the six-hour campaign.

Sure, if Prey had been released on time, it would have been revolutionary. But, coming out this generation, it's merely an ok shooter. Let's hope Duke Nukem Forever turns out better...

Gameplay: 7.5 - Great portal mechanics and level design are brought down by the straightforward AI, weak weapons, and disappointingly-forgiving health system
Presentation: 8.5 - The level design and art style is simply amazing. The integration of Native American ideas and settings is interesting.
Graphics: 7.5 - The Doom 3 engine-powered visuals are dated, but they're saved by the environments and unique enemy art-style
Sound: 8.5 - Eerie environmental sounds, good voice acting, some slightly disappointing weapons sounds.
Value: 7 - You won't want to play the game anymore after the brief single player campaign

Final Score: 7.8 - Prey spent too much time in the oven, ending up as an overcooked, average shooter.
Marcin Skok
Editor-in-Chief
"The Gaming Corner"