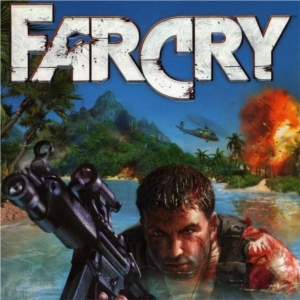 Far Cry is an amazing first effort by developer Crytek that challenges even the best of shooters, being a technical accomplishment and possibly the best single-player fps PC experience since Half-Life...

It isn't too often that a developer's first foray into the video game market is widely received and breaks new ground in its genre. Only developers such as Valve, Bungie, Blizzard, id, and several others have the pleasure of being on this very short list. With Far Cry, Crytek proves that it can make games just as well as the big boys...

From the moment you fire up Far Cry, you will be stunned by the vibrant and colorful graphics. The Cryengine is a technological marvel, being extremely adept at rendering wide-open outdoor environments and large tropical islands.  The game is exceptionally well-rendered and has no weak point in terms of its graphical presentation.

Far Cry is far from an ordinary first person shooter, and is one of the first ones that attempts the concept of open-world gameplay and shies away from the prevalent corridor-crawling which is so common in other first person shooters. From the get-go, you're allowed to approach situations as you want them, from scouting out an enemy base with your binoculars, to swimming up close, to running in guns a-blazing, to completely bypassing a fight with stealth. It offers freedom in combat and in movement, which is very refreshing for the shooting genre since few games attempt to the same.

In the chance that the player does get into the fight, you better watch out. Far Cry's AI is just as impressive as its graphics. The enemies work together in squads to root you out and draw you into the open. Grenades are commonly used, and since the jungle environments in Far Cry are so authentically thick, they are often hard to spot. The only complaint one might have is their laser-precision aiming, allowing them to hit you with assault rifles from distances surpassing fifty meters.

Far Cry's real weakness lies in its story-telling. From the get-go, you are thrust into a slightly derivative plot of being stranded on an island, saving a dame, all while uncovering and thwarting one man's goals for global domination. Later on, the game also introduces Trigens, a breed of mutated humans whose only goal is to kill or infect those around them. This changes the pace of the game significantly, and changes conflicts from ones requiring the player to think and plan out his attack, to ones which solely require lighting fast reflexes to avoid being overrun by a sudden wave of Trigens.

Far Cry's multiplayer is a bit above average, but respectable for a developer's first foray. It is obvious that Crytek put most of their effort into the single player, as servers are often quite laggy and supported by outdated netcode. Once you do get into a match, you can play three or four standard shooter gametypes such as deathmatch or CTF.

Even with all of its flaws, Far Cry stands up strong due to the first half of its long, 15 hour campaign, offering you tactical freedom and a beautiful, open island to explore. If Crytek were to merely offer up a game which retained the same gameplay formula all the way through with some enhancements and a more cinematic story, it would have an easy GOTY award on its hands. (See Crysis :) )

Gameplay: 9 – Open environments allow for some extremely open gunplay against a challenging human AI. The game stumbles a bit when it involves the traditionally-inspired Trigens.
Presentation: 9 – Amazing environments, level design, and attention to detail. Some tripping up with voice-acting and some enemies.
Graphics: 10 – Utilizing the Cryengine, Far Cry is filled with beautiful environments and is optimized well enough for low-end systems to run the game on beautiful settings.
Sound: 9 – The ambient sound effects add to the sense of actually being on a tropical island. Weapons sound extremely powerful and echo through the environment realistically. Voice acting is a bit weak and cheesy, and is obviously hurt by a quick translation job.
Value: 9 – Far Cry features a mostly-amazing long single player campaign. Beyond that, its multiplayer isn't as impressive, but it also includes the powerful Sandbox editor for aspiring mod/map makers.

Final Score: 9.2 – Far Cry proves that Crytek can play with the big boys.