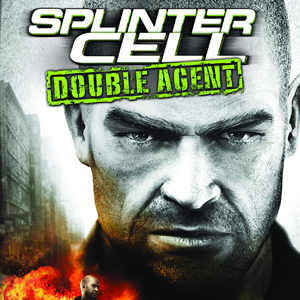 Splinter Cell: Double Agent is a mixed bag of a sequel, bringing some graphical and story improvements, but falling behind in terms of gameplay elements and multiplayer...

The Splinter Cell series has been at the forefront of stealth-action innovation ever since the first one was released several years ago. The original was praised for its detailed environments, large selection of gadgets, and tightly-defined stealth action. Pandora Tomorrow and Chaos Theory further refined the stealth formula and ended up being even better than the original. For the latest installment of the series, Ubisoft Shanghai has taken the reigns from the usual Montreal team to create Double Agent. However, can they live up to the excellence of the previous game of the series, Chaos Theory?

In terms of gameplay, Double Agent preserves all the moves, gadgets, and weapons found in Chaos Theory. The animations and controls are pretty much identical, and long-time Splinter Cell players will be able to get right into the game from the start.

Double Agent does distinguish itself from its predecessor in several, significant ways. First of all, apart from 2 levels, the entire game takes place in the light. This fundamentally changes the pacing of the game, meaning you don't really take advantage of shadows and darkness. The stealth is now more focused on timing and hiding behind cover. I appreciate that Ubisoft has tried to change up things a little, but pulling out the essence of what Splinter Cell used to mean might have been too radical a move. The levels actually end up being a bit more frustrating than the past games in that you don't have as much of an opportunity to retreat into cover and darkness. This is further compounded by the general simplifying of the interface. As all games nowadays, your health bar is nonexistent and is replaced by the "FAMOUS" rechargeable health system first made famous by Halo. Sure, it might be helpful in first person shooters, but this type of system just hurts the Splinter Cell gameplay mechanics. The health system allows players to be more careless in their encounters with enemy guards, meaning that you can easily fight your way out of a botched situation and wait a few seconds while Sam's health recharges. There's also the change in the stealth meter. Instead of the bar found in previous games which measured how well you were hidden, Double Agent introduces a "traffic light" color dot meter (green for hidden, yellow for visible, and flashing red for under attack) As there are only three large levels, it is very hard to keep track of transitions from concealing areas to visible ones. There are instances where you can take a single step, and go from being concealed to being shot at by three different guys. During the game, there are several missions where you don't have your goggles. I find this a nice change of pace, but it definitely feels as if something essential to Splinter Cell is missing during those parts. You can also unlock gadgets as you advance throughout the game, however, numbers are a disadvantage in this case. There are so many of them, and they are mainly just variations on things you regularly use, that you'll find almost never using all of the gadgets in a playthrough of the game.

The changes introduced by Shanghai to the game are not all exclusively detracting. While the levels are mostly in daylight, they take place in a much larger variety of locales than found in previous Splinter Cell games, examples including a middle eastern level and even one in an iced-over part of Russia. The story behind Double Agent is also a bit more coherent and interesting than is par of course for the series, presenting a story where Sam Fisher gets involved in a double agent operation inside a terrorist organization. So, many of the missions will feature dual-sided objectives for the NSA and the JBA (terrorists). This leads into the whole Trust System, where achieving certain objectives or making certain moral choices will change your standing with both organizations. This is compounded by some emotionally-challenging choices which I won't mention here. This Trust system makes way for three different endings for those interested enough to see Sam go down different paths of morality and loyalty.

Multiplayer is sadly a mess. The great mechanics introduced in Pandora Tomorrow and balanced, tense matches have all but disappeared. The Spies on one side have been dumbed down to not being able to use weapons and have an EMP wrist device to hack computers and slow down Mercenaries. The Mercenaries have full-blown motion tracking and guns with unlimited ammo, making the sides very unbalanced against the Spies. The entire lobby system on the PC is ripped straight out of the console versions and doesn't allow you to see a list of servers or create dedicated ones. This component is pretty much dead, as all three versions have a barely enough players online to play one match. Sadly, Double Agent offers no real co-op campaign, which was one of Chaos Theory's defining features.

The game is based on an even more heavily modified Unreal 2.5 engine. Environments are much better looking and lighting is much more evident as the game takes place in daylight-filled environments. Character models are a bit disappointing, but the game's graphics look solid all around, but they do offer some unexplainable slow-downs even on the best systems.

While Michael Ironside returns as the famous Sam Fisher, not much else is notable about the sound of the game. The terrorists and the rest of the supporting cast are voice-acted by some just-decent actors, and guard voices from Chaos Theory are all reused in this one. Explosions and gunfire do sound realistic though, but they lack the oomph that Chaos Theory had.

Double Agent is a mixed bag of improvements and screw-ups. If you're a fan of the single player campaign and won't mind some small gameplay quirks and bugs, then I recommend Double Agent. If you mostly play Splinter Cell for its multiplayer and/or co-op, skip this installment.

Gameplay: 8.5 – Changes up some old mechanics, makes some aggravating and strange changes such as rechargeable health and three-step stealth meters. Still preserves the Splinter Cell feel, but multiplayer is completely broken and unbalanced.
Presentation: 8 – There's somewhat better story-telling and the multiple endings are interesting, but there are some annoying gameplay and graphical glitches which mar the experience
Graphics: 8 – Even though its based on an aging engine, Double Agent can still compete with other next-gen games. Lighting is most impressive, but some character models are low-quality.
Sound: 7 – Besides for Michael Ironside's voice acting, Double Agent's sound is completely unremarkable, reusing weapons sounds and guard voices from previous installments.
Value: 8 – Since the multiplayer is broken, the campaign is only part of the game that's worthwhile to play, and it won't last forever...

Final Score: 7.9 - A somewhat disappointing sequel, skip Double Agent if you're looking for a true next-gen stealth experience. Play it if you really want to experience Sam Fisher's latest adventure.