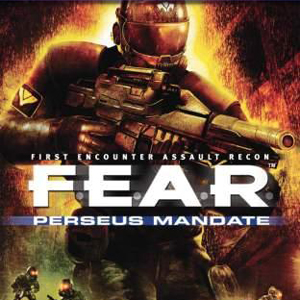 FEAR Perseus Mandate is a fun, but unnecessary add-on to the FEAR series...

The FEAR series has been the subject of recent controversy. After creating the excellent FEAR, Monolith productions decided to break away from publisher Vivendi and work on their own full-blown sequel to the game. However, Vivendi retained ownership of the FEAR name. Wanting to capitalize on the series' success, Vivendi hired veteran TimeGate studios to work on two expansion packs continuing the FEAR story. Extraction Point, released in 2006, was largely considered a success. It picked up right where FEAR left off and managed to add a few minor additions to the series, such as improved AI, an enhanced engine and a few small enemy additions. Perseus Mandate is the second expansion made by TimeGate, but does it manage to retain the spirit of the FEAR franchise without dragging it into monotony?

Perseus Mandate's story changes up a few things and puts you in the boots of a member of yet another FEAR (First Encounter Assault Recon) team. While the original team is off dealing with the initial outbreak of Replica soldiers, you're inserted in order to pursue information about a project named Perseus started off by Armacham, the corporation behind the entire mess. Initially, you find yourself encountering small squads of Replica soldiers under the command of Paxton Fettel, however, as the game goes on, you encounter a mysterious mercenary force whose goals seem identical to yours: find and claim Perseus. What follows is a story filled with gradual realization as you uncover more clues about what Armacham was doing. But, since Perseus Mandate's plot runs in parallel with that of the original FEAR and Extraction Point, the vast majority of these "revelations" will already be known and old news to veterans of the series. Perseus Mandate seems to have a much larger focus on action and combat in earlier parts of the game then the previous two, and its only until the five or six hour mark that you start encountering some real supernatural behavior characteristic of the FEAR series. However, to Timegate's credit, it seems to be even more bizzare and startling then that found in the first two games.

Perseus Mandate is similar to the first game and nearly completely identical to Extraction Point in terms of gunplay and gameplay mechanics.  The enemy AI, especially that of Replica forces, remains competent after two years, but is not as impressive since it only has to deal with small, closed environments in contrast to the KPA AI found in Crysis. This means that the enemies will flank you, send out scouts to locate your positions, lay down suppressing fire, and do all the things that you've come to expect of them. The Nightcrawlers, the new mercenary enemies, are nearly identical combat-wise to the Replicas. However, they are slightly tougher and look different when compared to the Replicas. There are several types, and there is one that is so annoying and cheaply made, that its bound to frustrate more than a few players. These enemies are acrobatic, jumping around and dodging off walls, but it takes a simply unnatural amount of damage to take one down. You'll find yourself emptying an entire shotgun's clip into one of them and will scream out in anger as they clobber you in the face and force you to load the last save point.
The slow-motion mechanic is back and retains one of FEAR's signature elements, making fights easier and adding a satisfying cinematic feel to them. However, it is somewhat confusing when put in context of the story, as the character you played in the original game was supposed to be unique with his supernatural reflexes. Adding a character which is a carbon copy of the original protagonist simply feels lazy and disappointing.

It's when you get to Perseus Mandate's technical foundations that you find a majority of problems. It's clear that the graphics engine, Jupiter EX, isn't aging very gracefully. The environments are all bland and seem to consist of several shades of either gray or brown, character models are low-res, and the animation simply doesn't cut it for a 2007 game. There are performance hiccups in places there shouldn't be. The only current strengths of the engine, the particle effects and vision filters, can only be considered slightly-above average by today's standards. Sound-wise, Perseus Mandate remains strong, with powerful weapons sounds, atmospheric music, and eerie effects which play out as you get deeper into the game.

Perseus Mandate can be easily finished within seven to eight hours. However, it will seem longer as you are frequently thrown into combat situations which start to feel a little monotonous. By the second third of the game, I felt quite fatigued from constantly battling the same enemies in nearly identical ways. The "scary" mom ents simply weren't anymore, as you're pretty much used to them and can anticipate them after playing the first two installments of the series. After beating the game, you won't feel much more incentive to play, as there are only three bonus missions and some minor multiplayer add-ons to look forward to.

Perseus Mandate is the last breath of the "FEAR" franchise (at least in name), and it doesn't do much to innovate or make the series stand out in the year 2007. The combat scenarios are fun, and there are some interesting plot points, but mostly, its all same-old. For those looking for a quick FEAR fix without anything new or special, Perseus Mandate fits the bill. However, those veterans looking for a satisfying and innovative follow-up to the series will have to wait until 2008, when Monolith releases the true successor: Project Origin.

Gameplay: 8.5 – Perseus Mandate's gameplay is both a curse and a blessing. Newcomers will revel in the challenging squad combat of the series, while veterans of the series will curse the lack of new mechanics and content.
Presentation: 8 – The game attempts to present a story of horror and scientific screw-ups, but it falls flat on its face for essentially using the same tricks FEAR used back in 2005.
Graphics: 7 – FEAR's engine looks incredibly aged in this game, taking its once-impressive particle effects and combining them with mediocre textures and animations. It isn't pretty.
Sound: 9 – Arguably the strongest point of this expansion, PM is appropriately stocked with the usual great sounding weapons, atmospheric music and jump-out-of-your seat sound effects
Value: 7– After the short campaign, there isn't much else to do but play a few bonus missions and try out a few new multiplayer character models and weapons.

Final Score: 7.9 - FEAR Perseus Mandate is the last breath of the franchise, and simply offers nothing new for veterans of the series. Newcomers will find the game fun and intriguing, at least for a short time