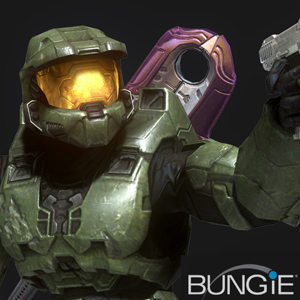 Bungie Studios, the "Halo" video game developer acquired by Microsoft Corp. in 2000, is once again operating as an independent company, Microsoft said Friday.

The software maker will maintain close ties with privately held Bungie LLC and own a minority stake in it, the companies said.

The two companies said they will continue to work together to support the "Halo" franchise _ including "Halo 3" released Sept. 25 _ and will expand their partnership to include new games. Executives declined to comment on the size of Microsoft's stake or other financial terms of the deal, which was effective Friday.

Microsoft acquired Chicago-based Bungie and its "Halo" concept in 2000, ensuring that the Xbox would be the only game console to run the multiplayer first-person shooter game. Bungie moved from Chicago to Kirkland, Wash., a few miles from Microsoft's Redmond headquarters, and the first installment of the trilogy went on sale simultaneously with the first Xbox console in November 2001.

"Working with Microsoft was great for us, it allowed us to grow as a team and make the ambitious, blockbuster games we all wanted to work on," said Jason Jones, Bungie founder and partner, in a statement Friday. "But Bungie is like a shark. We have to keep moving to survive. We have to continually test ourselves, or we might as well be dolphins. Or manatees."

Matt Rosoff, an analyst for the independent research group Directions on Microsoft, said he doesn't think Microsoft wanted to spin off Bungie.

"This is probably about Bungie wanting to have a little more control over kinds of games they're making, and not wanting to answer to Microsoft for everything," he said.

Bungie's Ryan said the studio had plenty of creative freedom while operating as part of Microsoft to build new game concepts and game prototypes.

But David Riley, a director at market researcher NPD Group, was skeptical.

"Even though they say they had plenty of creative juices flowing, (they) still can't act on them, not all of them anyway," he said. "There are limitations, and rules you need to abide by," when working inside a big corporation.

Gamers have plunked down more than $300 million for "Halo 3" since its release less than two weeks ago, and Microsoft said the game's launch goosed sales of the Xbox 360 console. The video game costs between $60 and $130, depending on special features and commemorative packaging.

"While we are supporting Bungie's desire to return to its independent roots, we will continue to invest in our 'Halo' entertainment property with Bungie and other partners," said Shane Kim, corporate vice president of Microsoft Game Studios, in a statement. The company said it is working on a new project with film director Peter Jackson, of "The Lord of the Rings" acclaim.

In an interview Friday, Kim added that Microsoft had no plans to spin off other game studios owned by the software maker.

Rumors swirled early in the week that a contract between Microsoft and Bungie had expired during development of "Halo 3." Ryan said no such contract existed.

"For the last several years, everyone at Bungie has been an at-will employee," he said.

For the fiscal year that ended in June, Microsoft wrote down more than $1 billion to cover widespread Xbox 360 defects, and reported an operating loss of more than $1.89 billion for the division responsible for the game console.

The company has told Wall Street it expects the division to be profitable in the current fiscal year, and Kim said that thanks to the strong "Halo 3" launch, "We're well on our way to achieving that objective."