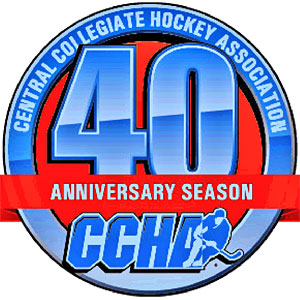 Hamden, Conn. - The 2010-2011 college hockey season is in full swing as Ohio State blanked Quinnipiac, 4-0, to give Mark Osiecki his first head coaching win.  The Burnsville, Minnesota native said, “It feels good and Cal really kept us in the game.”
Junior goalie Cal Heeter blocked 32 shots for his second career shutout.  The Buckeyes earned a road split at Quinnipiac of the ECAC.

“This was a good response from last night's loss," Osiecki said.  "It was a lesson learned - you have to take care of the puck to win.  We played smarter with the puck and had a lot less turnovers tonight.  Cal gave us an opportunity to stay in the game early and made some big saves.  Albert had a lot of jump and created a lot of things offensively."

Osiecki, was previously an assistant at Wisconsin the last six years.  OSU will play its first CCHA game October 22, at Ferris State in Big Rapids, Michigan.