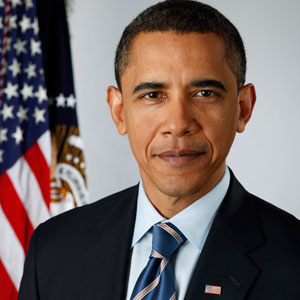 President Barack Obama is seeking a lifeline and his Republican foes see an opening to bash Democrats for economic malpractice over tax cuts in the first big row of the mid-term elections.

The showdown foreshadows the tense balance of power and political brinkmanship in prospect if Republicans, as forecast, make big gains in congressional polls on November 2 in which Democratic majorities are at risk.

Fomenting the row are tax cuts passed by former president George W. Bush in 2001 and 2003, when no one was predicting the current economic crunch.

The cuts were programed to expire this year -- unless Congress votes to renew them.

Obama proposes extending the tax cuts for two years, but not for households earning over 250,000 dollars a year, arguing that America cannot afford handouts to top earners.

The neat Democratic gambit invites Republicans either to sully the purity of their core tax-cutting beliefs, or to make the case to struggling middle class voters that the rich also deserve a break.

Most Republicans, however, relish the chance to put Democratic lawmakers from conservative districts on the spot, branding them as classic high taxing liberals wedded to "job killing" policies.

They also accuse Obama of economic illiteracy for advocating a move that would diminish the public's collective spending power at a time of sluggish growth.

So far, the row has not been decisive among voters.

Both sides are using this explosive issue to fire up their political base.

Obama accuses Republican leaders in the House of Representatives and Senate of holding the middle class hostage, just to shield the wealthy.

"We're still in this wrestling match with John Boehner and Mitch McConnell about the last two to three percent, where, on average, we'd be giving 100,000 dollars for people making a million dollars or more," he said Monday.

By now, Democrats had hoped economic growth would be roaring away and that unemployment would be tumbling, in a relief to the middle class.

None of that has happened, leaving the White House searching for a new campaign message.

So they are arguing that had it not been for the huge government intervention in the economy under Obama, things would have been much worse, and the "hole" left by Bush was deeper than anyone expected.

The tax argument allows them to flay Republican leaders for backing exactly the kind of un-paid, budget busting programs that Obama blames for helping trigger the crisis in the first place.

Targeting Boehner also offers something he has lacked in his presidency so far -- an enemy to define himself against.

The White House also seems to have an eye on next year's political game, branding the Republican Party as a force for obstruction and raising fears of political deadlock should his foes capture the House.

But the fact that the White House is bothering to attack Boehner at all hints at the growing power of the Ohio Republican, founded on the possibility that he may be the next speaker of the House.

The growing pressure may have taken a toll on Sunday, when Boehner seemed to hint at a compromise, saying he might vote for renewing a tax cuts program which did not include the top earners if that were all he could get.

Democrats claimed a coup, saying Republicans were in disarray and that Boehner was perhaps not ready for political primetime.

However, in the Democratic-controlled House, Boehner lacks the votes to block a bill, so he may have been just voicing political realities.

It is in the Senate where Democratic vulnerabilities are greatest. They must get 60 votes to overcome Republican efforts to obstruct passage of tax legislation, but their majority on the issue is shaky.

"Only in Washington could someone propose a tax hike as an antidote to a recession," said McConnell, branding the Democratic agenda as disastrous for the economy and employment.

"Now they want to drive another nail in the coffin -- a massive tax hike on the very people who will dig us out of this recession by expanding their businesses and creating jobs."