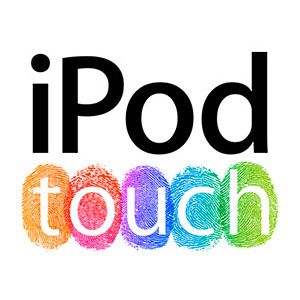 Ping was built into iTunes 10 software made available as a free download at itunes.com.

"It is not Facebook. It is not Twitter. It is something else we've come up with. It's all about music," he said.

Ping will automatically be available to the more than 160 million iTunes members worldwide when they update to the new version.

"Apple is now in the social networking game, but it is music centric which is really cool," said analyst and Altimeter Group partner Michael Gartenberg.

"It is not about competing with Facebook or Twitter. This is about something they use in addition. When I want to hang with my music friends this is where I go."

Ping could be a threat to News Corporation-owned social networking website MySpace, which recreated itself as an online community for music fans after being eclipsed by Facebook.

Forrester analyst Mark Mulligan said the iTunes upgrade "fell short" but that the Ping approach has a lot of value.

Jobs introduced Ping along with a dramatically overhauled iPod line and a second-generation of Apple TV box that streams television shows and movies over the Web to high-definition television sets.

Apple released the first version of its digital media receiver TV in 2007 but it never caught on with the public and has been referred to by the company as a "hobby."

"Apple TV hasn't been a big hit," Jobs acknowledged as he revealed the palm-sized low-priced model he hoped will change that situation.

"But, we've learned a lot," he added. "People want Hollywood movies and TV shows whenever they want them; they don't want amateur hour, they want professional content."

The device is plugged into television sets but also links wirelessly to Apple's hot-selling iPad tablet computers so people could start watching shows on one of the devices and then switch to the other when convenient.

"This is to the TV what iPhone was to the phone," Gartenberg said as he left the event.

"The way they taught consumers to use the phone they are now teaching them about the Apple way to use the TV set" he continued.

Jobs said Apple TV owners will be able to rent HD movies for 4.99 dollars and television shows from the Fox and ABC networks for 99 cents. US users can also stream content from movie rental service Netflix, he said.

"We think the rest of the studios will see the light and get on board with this pretty fast," Jobs said.

The new model Apple TV will be available in about four weeks.

Jobs also said he was rolling out "the biggest change in the iPod lineup ever."

The new iPod Touch allows for video calling. It has front- and rear-facing cameras, which let a user hold video chats with iPhone or other iPod Touch owners using Wi-Fi and an Apple program called "FaceTime."

The Touch got the vivid screen from the latest generation iPhone and was touted as the world's most popular portable gaming device.

Apple was capitalizing on the allure to videogame players with Game Center software that lets users of the company's mobile gadgets play against each other online.

Epic Games president Mike Capps joined Jobs on stage to demonstrate a gorgeous "Project Sword" medieval adventure game the studio plans to release for play on iPad, iPhone, and iPod Touch devices before the end of the year.

"Game Center allows you to challenge your friends and they can challenge you," Jobs said. "If you don't have any friends, it will auto-match you."

"They put a lot of pressure on Google without saying the word 'Google'," the analyst said. "We've never seen anything like that title from Epic on a phone."

Smartphones built on Google-backed Android software have been striving to gain ground on the iPhone.

Jobs also showed off a new iPod Shuffle for 49 dollars and a touchscreen version of the middle-range iPod Nano starting at 149 dollars.

He said the new iPods would be available next week.