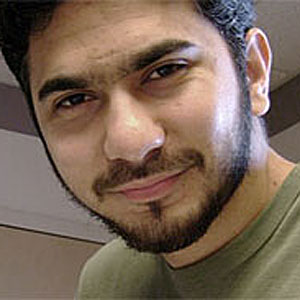 Police arrested a Pakistan-born suspect trying to board a plane to Dubai after the failed Times Square bomb plot that officials said Tuesday was designed "to kill Americans".

Officials identified the suspect as Faisal Shahzad, a US citizen born in Pakistan.

News reports said the suspect, aged 30, lived in Connecticut and had recently returned from a five-month trip to Pakistan and the city of Peshawar, a known jumping off point for Al-Qaeda and Taliban recruits.

A statement from law enforcement officials said the suspect was taken into custody around 11:45 pm Monday "for allegedly driving a car bomb into Times Square on the evening of May 1, 2010" but gave no specifics on charges.

New York officials said carnage was narrowly avoided when the car bomb parked near the theater staging "The Lion King" musical failed to go off.

Immediately police flooded the area, shutting down entire blocks, evacuating thousands and preventing many tourists from getting back to their hotels or to Broadway shows.

"Mr. Shahzad, an American citizen, was taken into custody at JFK Airport in New York as he attempted to board a flight to Dubai," Holder told a hastily called news conference in Washington after midnight.

Authorities offered few other details but said the investigation into the attempted attack late Saturday was being pursued on several fronts.

"This investigation is ongoing, it is multi-faceted, and it is aggressive," Holder said.

"As we move forward, we will focus on not just holding those responsible for it accountable, but also on obtaining any intelligence about terrorist organizations overseas."

Holder said of the attempted attack that it was "clear that the intent behind this terrorist act was to kill Americans".

The man was to appear later Tuesday to face "formal charges," which were not specified.

Earlier in the day, New York Police Commissioner Ray Kelly said more than one person may have been involved but could offer no specifics.

Representative Peter King, the ranking Republican on the House Homeland Security Committee, said the investigation "is taking a definite turn toward international terrorism."

One possible indication of jihadist links is the similarity of the botched bombing to a failed double car bomb attempt in London's entertainment districts in 2007.

ABC News reported that Shahzad, a naturalized American citizen, had recently returned from a five-month trip to Pakistan.

According to authorities, Shahzad bought the vehicle one week before the bombing attempt, paying 1,300 dollars in cash for the vehicle in 100 bills, the network said.

New York has been on constant watch for potential attacks since the September 11, 2001, airliner attacks that destroyed the World Trade Center, killing almost 3,000 people.

So far, the only group to claim responsibility for the would-be bombing is the Pakistani militant group Tehreek-e-Taliban.

This was quickly dismissed by Bloomberg and Kelly. However, a video emerged showing Pakistani Taliban leader Hakimullah Mehsud -- reported to have been killed months ago -- vowing to attack major US cities.