Arizona dilemma: who is a legal resident and who isn't? 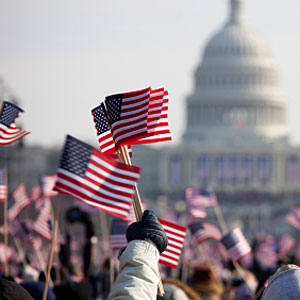 Residents of this sun-drenched southwestern state wonder how police are going to enforce a new law that lets them ask for immigration status if they have a "reasonable suspicion" a suspect is an illegal immigrant.

The measure, signed into law by Arizona Governor Jan Brewer on April 23, is the toughest measure against illegal immigration in the country.

Immigration is a federal issue, the US Congress in Washington has been unable to agree on how to reform US immigration laws. Anger has been brewing for years over how to deal with an estimated 12 million illegal migrants in the country.

Arizona, which borders Mexico, has a population of 6.6 million, more than 30 percent of which is Hispanic -- US-born and legal migrants, including an estimated 460,000 illegal immigrants. Another 11 percent includes native Americans, blacks and Asians, according to census figures.

"It's a challenge because people are so diametrically for or against it. It leaves us in an awkward position," Shull told AFP.

Shull has been a cop for 20 years and has never had to ask anyone for their residency status. In the United States there is no national identification document; the closest substitute is a state driver's license.

Brewer has promised special training for police before the law goes into effect in about three months, followed by a review by the end of the year.

Another Phoenix police officer, Wensley Dillon, is taking a wait-and-see attitude. "Let's see how do they present (the law), what are the limits," he said.

A Rasmussen polls last week found 64 percent support in Arizona for the new law. However, half of all respondents also believe it could trigger a flood of lawsuits.

Law supporters say it is needed to secure the state's porous southern border, one of the main entry points for illegal migrants into the United States.

The original law that Brewer signed said police were required to determine someone's immigration status if they formed a "reasonable suspicion" during any "lawful contact" with an individual.

A new version that Brewer approved late Friday changed that from "lawful contact" to "stop, detain or arrest."

Another passage preventing law enforcement officers from "solely" using race as grounds for suspecting someone is in the country illegally has been changed to remove the word "solely."

Brewer said the amended version made it "crystal clear" that racial profiling was prohibited.

"Of course there's going to be racial profiling," said Jim Campbell, 59, who moved to Phoenix four years ago. "I was a police officer when I was younger, in Oklahoma. I know the deal. You can't do it any other way.".

Campbell doesn't believe the law is properly written, but will still give it the benefit of the doubt.

Benjamin Perez, a Hispanic living in Phoenix proud of being a third-generation American, acknowledged that police could stop him solely based on his skin color.

Nevertheless he supports the law. "There are too many illegals around here, something had to be done," he told AFP.

A Gulf War veteran, Perez drives a new car and is certain that he is above suspicion.

"And I ask myself: If I see someone breaking into a house to steal, how do they believe that I'll call the police?" said Ugarte, who became a legal US resident after the last round of immigration reform in 1986.

"How are they going to break up families, with undocumented parents and their children born here?" she asked.

Most of the southwestern United States -- including Texas, Arizona, New Mexico and California -- used to belong to Mexico, and was taken over after an 1846-1848 war. With the land came a sizable population of Mexican origin.

Over the years, millions of people poured across the border with Mexico, some fleeing political turmoil, others in search of jobs.

Tens of thousands of protesters marched in US cities on Saturday in a peaceful rally against the Arizona law, and calling for federal immigration reform.