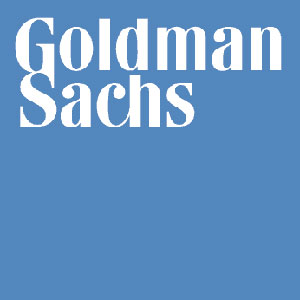 Goldman Sachs' CEO said in an interview broadcast Sunday that his company bears some blame for the real estate bubble that led to the global financial meltdown.

Asked by CNN whether he felt that the company's actions played a role in the real estate bubble that led to the crisis, Goldman chief Lloyd Blankfein answered, "Yes."

"We made a contribution to the bubble," adding that executives at the company now "beat ourselves up" for the error, although he said there was a lot of blame to go around.

"How did we make a contribution? We're a lender. We lent money to companies, we lent, we financed real estate ventures that had too much leverage, we made a contribution to leverage," Blankfein said.

"State and local governments took on debts and deficits, the federal government took on big deficits. All made a contribution to the over-leverage -- and consumers over-leveraged themselves," he said.

"But did we play a role in that? Absolutely we did," he said.

He added: "Did we think we were doing that at the time? No. In hindsight? Yes. Should it have been more clear?" Blankfein asked.

"We beat ourselves up for that."

Goldman has been roundly berated for having emerged a highly profitable winner in the wake of the financial crisis, while many of its investors took major losses.

Blankfein's concession came just days after a contentious congressional hearing last week at which he and other current and former Goldman employees denied any wrongdoing after a Senate investigation found the firm bet heavily against the housing market in 2007 without telling investors who were buying its mortgage-backed securities.

News reports said last week that Goldman is under criminal investigation by US federal prosecutors trying to determine whether it committed securities fraud in connection with its mortgage trading.

Blankfein also told CNN that his humble upbringing helped him understand the human dimension of the scandal, which has sullied the investment giant's once sterling reputation.

"I grew up in public housing. My dad, for most of my life, worked for the post office, which was a terrific job to get because you couldn't lose your job," he said.

"Before he got that job, he had lost his job and I remember, one of my earliest memories, memories was my own dad being unemployed and the insecurity I felt," Blankfein told CNN.

"I think about it all of the time," he said, adding that his father died about 20 years ago.

"I look in my mirror and the older I get the more I look like my dad everyday.