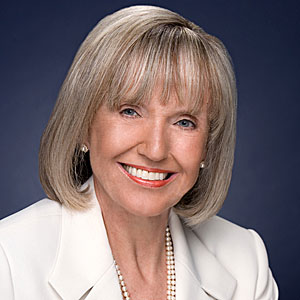 The law, signed by the southwestern US state's Republican Governor Jan Brewer Friday, allows police to question and detain anyone they believe may be an illegal immigrant, even if they are not suspected of committing another crime.

The law, signed by the southwestern US state's Republican Governor Jan Brewer Friday, allows police to question and detain anyone they believe may be an illegal immigrant, even if they are not suspected of committing another crime.

The move unleashed anger on both sides of the US-Mexican border, with California lawmakers Tuesday calling for an economic boycott of Arizona and a Mexican airline warning that it may cancel more flights to the state.

"These kinds of shortcuts, I think, will end up polarizing the situation instead of solving the problem," Obama told reporters on Air Force One.

The US president noted that "if you've got hundreds of thousands of people coming in, not playing by the rules, that's a problem. And the federal government has been abdicating on its responsibilities for a very long time on this issue.

"That's why I've called for comprehensive immigration reform, and I want that to proceed, and I want it to be done on a bipartisan basis," Obama underscored.

But "what I think is a mistake is when we start having local law enforcement officials empowered to stop people on the suspicion that they may be undocumented workers, because that carries a great amount of risk that core values that we all care about are breached.

"This isn't just my opinion. You've seen a number of very prominent Republicans say that this is a problem," the president added.

Last week, Obama said he was "hopeful" that lawmakers from both sides of the aisle would come together to pass immigration reform, but he sounded less optimistic about those prospects this week.

"I know there may not be an appetite immediately to dive into another controversial issue," he said. "I want us to get together, get the best ideas on both sides, work this through, and when it's ready to go, let's move.

"But I think we need to start a process at least to open up a smarter, better discussion than the one that is raging right now," the president stressed.

"Clearly, it's having an impact, you know, most profoundly in Mexico, but elsewhere," said department spokesman Philip Crowley.

"We're conscious of the fact that the government of Mexico has issued a travel advisory for its own citizens... So clearly there's international implications of this," Crowley said.