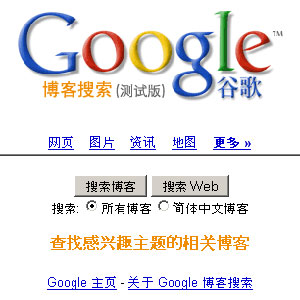 Some searches on Google's Chinese-language site failed to return results Tuesday from within China, but it was not clear if the site was blocked or if the problems were due to a service glitch.

Google last week said it would no longer bow to government censors in Beijing by filtering its search results and effectively shut down its Chinese search engine, re-routing mainland users to its uncensored site in Hong Kong.

Searches for a range of non-sensitive terms on google.com.hk from a computer in Beijing such as "China" and "America" in both Chinese and English resulted in error messages. The same searches had returned results in recent days.

But in Shanghai, an AFP reporter experienced no problems with the Google search engine using the same terms, with search results and accessible web links generated.

Even terms deemed politically sensitive in China such as "Dalai Lama", "Falungong" and "Tiananmen Square protests" returned search results in Shanghai. As was the case in recent days, links in those results did not open.

From the Beijing computer, the Google Maps section however appeared to be working, as was the music section of google.com.hk. Searches on google.com did not work, returning the error message "cannot display the web page".

London-based Google spokesman Anthony House told AFP via email that he would look into the issue, but had no immediate comment.

A page on Google's website summarising service availability in mainland China says there are "no issues" with web searches, though it specifies that the status "may not reflect individual experiences".

It was not clear when the site was last updated.

The US company reported on Monday that its mobile Internet service in China was partially blocked but it was unknown whether the trouble was related to its stand-off with Beijing over censorship.

Google mobile includes search, map, news and other services for smartphones and other Internet-enabled handsets.