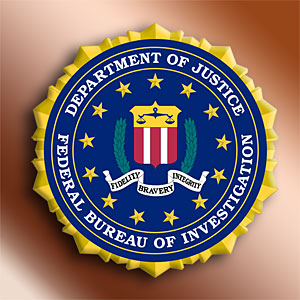 FBI agents and police swooped Thursday on suspected members of a gang thought to be involved in the slaying of three people linked to the US consulate in Ciudad Juarez, Mexico, an official said.

The raids, called "Operation Knockdown", were part of "an ongoing effort to generate leads and intelligence regarding the investigation into Saturday's murders" in Mexico's notorious crime capital, Ciudad Juarez, Payne said.

"We believe that major intelligence can be collected here on the US side by going after and getting these members of Barrio Azteca, and that's what they're doing down in El Paso," which sits across the border from Juarez, he said.

Lesley Enriquez, an American working at the consulate in Juarez; her American husband, Arthur Redelfs; and Jorge Alberto Salcido, the Mexican husband of another US consular employee, were gunned down in ambushes just minutes apart Saturday after leaving a birthday party in the Mexican city.

Barrio Azteca "most definitely" has ties to gangs in Mexico and to the Juarez drug cartel, said Payne.

He was unable to say how many suspected gang members had been detained in the raids and had no new information about a motive behind Saturday's murders in Juarez.