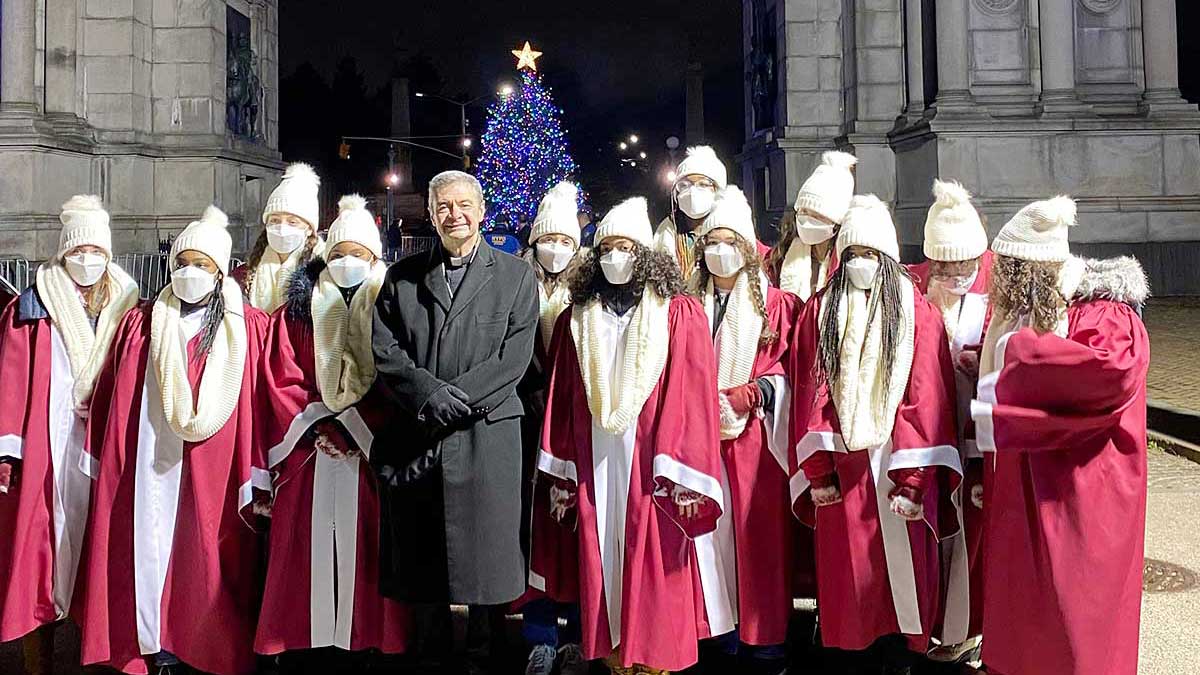 The Most Reverend Robert J. Brennan, Bishop of Brooklyn, tonight joined with DeSales Media at the official Diocesan Christmas Tree Lighting ceremony, and blessing of the Nativity Scene, in front of the Soldiers and Sailors Memorial Arch located at Grand Army Plaza in Brooklyn.

The 27-foot Christmas tree is decorated with 16,000 multi-colored LED lights to represent the diversity of the Diocese of Brooklyn, often referred to as the “Diocese of Immigrants.” In his remarks, Bishop Brennan encouraged the faithful to visit the display in Grand Army Plaza this Christmas season and to spend time in prayer at their parish Nativity.

Christine Persichette, the anchor of Currents News on NET-TV, served as the Mistress of Ceremonies. Monsignor Sean Ogle, Chairman of DeSales Media, offered an opening prayer and reflection.

Monsignor David Cassato Vicar of Catholic Schools for the Diocese of Brooklyn made comments on the success of the Catholic schools in Brooklyn and Queens. St. Saviour’s Catholic High School Choir performed Christmas music which added to the festivities.