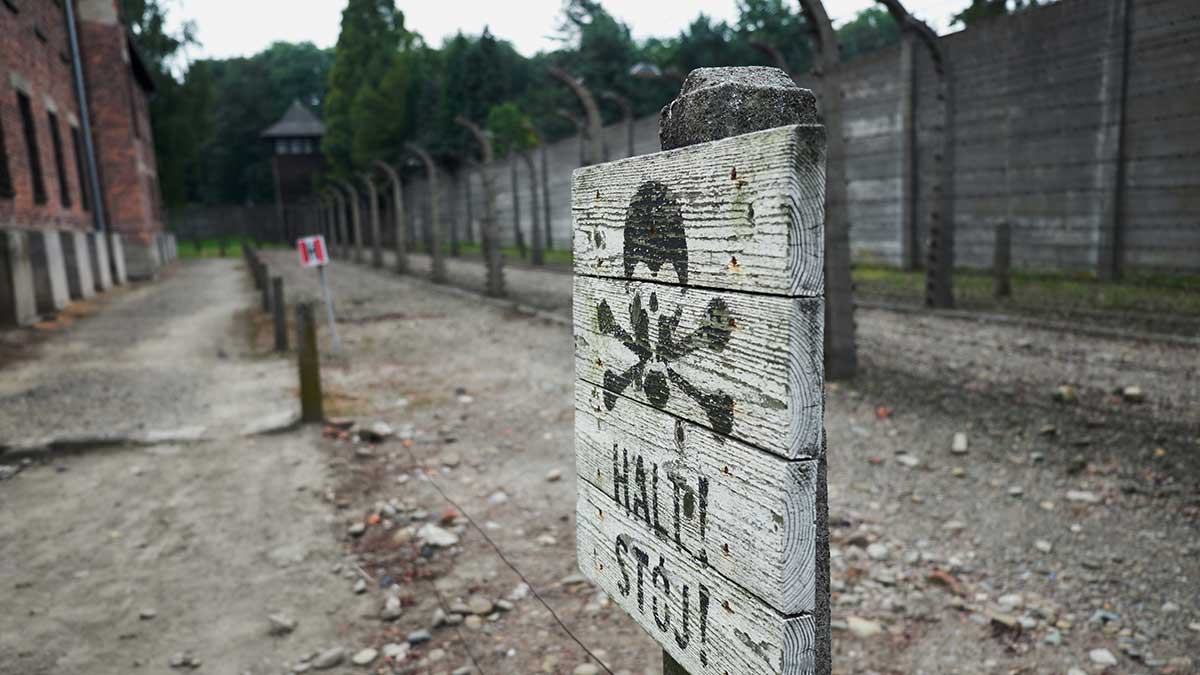 AUSCHWITZ, POLAND. Side view of the fence made with the barbed wire and the warning sign with bones and skull in Auschwitz. Foto: Dmitry Kha

Last night on CNN, you lied and blamed Poland for the Auschwitz & Treblinka concentration camps during the Holocaust.

Last night on CNN, you lied and blamed Poland for the Auschwitz & Treblinka concentration camps during the Holocaust.

Nazi Germany invaded Poland in 1939 and wiped it off the map, installing a German “General Government.” They changed the name of the Polish town of Oswiecim to Auschwitz and built a concentration camp where one million people were murdered, most of them Jewish.

Auschwitz, a German word, was a German camp, run by German guards with German shepherds and hung the German words “Arbeit Macht Frei” Work Will Make You Free, over the entrance.

The only Polish about the camp were the victims.

In attacking other members of Congress for making outrageous statements about the Holocaust, you are either ignorant or willfully using revisionist history.

Neither is acceptable and you must apologize for spreading lies about Poland.

Respectfully,
Alex Storozynski, Chairman of the Board of Trustees
Marek Skulimowski, President and Executive Director