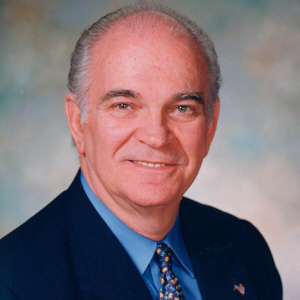 Senator Serphin Maltese today announced details of plans for Delaware North to develop Aqueduct race track and the surrounding neighborhood, as well as the company’s plans to include Queens community leaders and residents in the project to receive their input.  Senator Maltese announced last night that the Senate has agreed to support the selection of Delaware North as the vendor for the track development project.

At a news conference today at Aqueduct, Senator Maltese was joined by Delaware North President William J. Bissett, Assemblywoman Audrey Pheffer, and Community Board 10 Chairwoman Betty Braton to announce details of the company’s plans to make Aqueduct a destination venue,  revitalize the neighborhood and work with members of the community.

“This is a truly historic and exciting day for Queens,” Senator Maltese said.  “This project will create more than 2,000 jobs and provide millions of dollars to support our schools.  It will revitalize the neighbor surrounding the race track and bring new energy to the community. I want to thank Delaware North for their cooperation in working with me, Assemblywoman Pheffer, Community Board Chairwoman Braton and others, to ensure that Queens residents are comfortable with the plans for Aqueduct and that they will have input on this project as it goes forward.”

“As a result of Senator Maltese’s leadership, Delaware North has responded with detailed plans for economic development and neighborhood improvements, as well as plans to involve Queens community leaders in the process as it moves forward,” Senate Majority Leader Dean G. Skelos said. “As a result of his efforts, we have an improved plan that will benefit the entire state in terms of new revenues for education and thousands of new jobs in Queens and new jobs in Buffalo.”

Delaware North President William J. Bissett said: “We will bring to bear our strong experience and expertise in VLT, gaming and entertainment operations and our proven track record of successful public-private partnerships in New York State and our collective history of high-quality design. This project will generate substantial revenue, jobs and economic development to the Queens community and the State of New York to benefit education while also supporting the thoroughbred racing industry. Community is an absolutely critical component to this project. We are appreciative of Senate Majority Leader Skelos, Senator Serphin Maltese and Chairwoman Betty Braton for their efforts on behalf of the Queens community. Our goal is to minimize the adverse impacts to the community, such as noise and traffic, while fostering economic development.”

Assemblywoman Audrey I. Pheffer (D-Queens) said: “Today we begin our partnership with Delaware North in our quest to revitalize Aqueduct Racetrack.  The jobs, employment opportunities and economic stimulus provided will greatly enhance our community’s economy.”

Community Board 10 Chairwoman Betty Braton said: "Delaware North has provided the more detailed information we felt was necessary and has clarified some issues I've raised on behalf of the community that surrounds Aqueduct.  Although there is still skepticism to be found in our community, the State has made its decision.  Government is about compromise. Community Board 10 has a well-earned reputation for its ability to get past differences of opinion, find common ground, and develop consensus in our
community. We will work with Delaware North to insure that this project moves forward in a timely manner and delivers much needed economic development for our community and the State."

The development of Aqueduct is expected to create more than 1,100 construction jobs and more than 1,000 permanent jobs at the gaming and entertainment facility, as well as 50 new jobs at the company’s headquarters in Buffalo.

Delaware North has committed to paying the state $370 million in up-front licensing fees. The project is expected to generate a total of $10.3 billion for education during the 30 years term of the agreement, and is projected to invest $3.4 billion over that time to support New York State thoroughbred racing.

In addition, to the facilities related to the VLTs, Delaware North’s plans for full-scale development of the area include construction of a 350 to 500 room luxury hotel; a 3,000 to 5,000 square foot spa; a 60,000 square foot conference center; a 3,000 seat event center and as much as 30,000 square feet of retail space.

Delaware North estimates that this additional development would add about $250 million in investments.  The Aqueduct project is project to generate about $827 million for education over the term of the agreement.

Last week Senator Maltese arranged a meeting with representatives of Delaware North and Queens community leaders to discuss the project, as well as plans for members of the community to provide input.

As a result of Senator Maltese’s efforts, Delaware North has committed to establishing a Queens Community Advisory Panel, patterned after a board already in law, that includes nine members of Community Board 10, to provide community input on the impact of the development project.

In addition, Delaware North will hold regularly scheduled meetings with Queens residents to discuss issues related the project, such as lighting, transportation, landscaping and other matters.

The company also intends to establish an Employment and Small Business Development Center in Queens.  The center would provide support to people seeking employment and will work with existing organizations to ensure the community receives the greatest benefit from the project.  The company will also conduct job fairs and will work cooperatively with local charities and not-for-profit agencies.