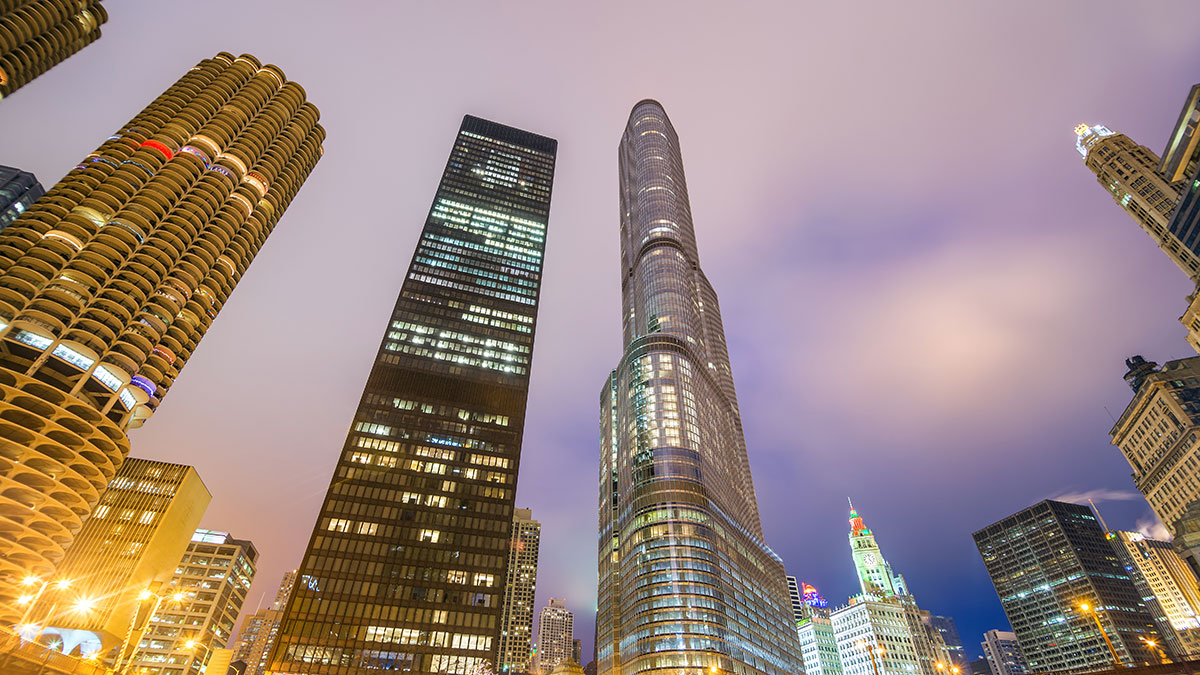 Its cultural stature is proven by the numerous institutions, such as the exemplary museums, galleries, theaters and the city center, which resembles an open-air gallery with a total of 32 sculptures of renowned artists on display. A lakefront park and recreational area runs 30 miles along Lake Michigan's shore, where summer beach life and water sports are widespread.

Year-round events and festivals, bustling nightlife and the sounds of urban blues guarantee variety in the city. Visitors will also be enthrallled by the culinary heritage of multicultural immigrants and the huge shopping galleries with countless shops.

In addition to the world's third-largest collection of Impressionist paintings, the museum has extensive collections of European art dating back as far as the Middle Ages, including works by Rembrandt, Van Gogh, El Greco, Chagall, Picasso and Matisse. Artists such as Edward Hopper and Grant Wood represent modern American art.

This nine-story department store was designed in 1906 by Louis H. Sullivan, one of the bold innovators of the Chicago School, and still stands as a model of skyscraper architecture.

Housed in a building that is a classicist showpiece, the Museum of Natural History promises a journey of discovery for both young and old.

Only a fraction of the 16 million exhibits can be shown at once. They are organized thematically and guide visitors through the world of dinosaurs with the world's largest dinosaur skeleton or into ancient Egypt with a faithful copy of a Pharaoh's tomb, for example. No less exciting are the superbly presented annual exhibits.

Numerous attractions and recreational activities - for example, golf, mini-golf and tennis, swimming, horseback riding and paddle boats - are available in Chicago's largest park, founded on the lake shore in 1868.

Lincoln Park Zoo, with an adjacent petting zoo and miniature farm, is one of the most superb in the U.S., and entrance is free. Free-flying birds can be seen in the rookery, renovated by Frank Lloyd Wright in 1907. Flora from around the world can be seen in the lovely greenhouses of the Lincoln Park Conservatory. There are also three yacht harbors in the park.

This government building is among the most controversial of Chicago's modern buildings. Completed in 1985 by Helmut Jahn, the 17-story round glass structure has been ridiculed for looking like a crash-landed spaceship. Those who focused more on its functionality joked about it as "Thompson's Folly" (after Governor Jim Thompson, who commissioned the building) because of the exorbitant construction costs and the initial problems with the air conditioning system and the intense sunlight, necessitating workers to wear gloves in the winter and sunglasses in the summer.

The building also houses shops, cafés and restaurants, as well as an art gallery well worth a visit. Various events attract the young and old to the Center with its futuristic feel.

Visitors not suffering from vertigo can enjoy views of the city and Lake Michigan from the Skydeck on the 94th floor or take the high-speed elevator up to the 95th floor, where "The 95th" is the highest restaurant in the city, with no less dizzying prices. The "Image Lounge", also on the 95th floor, offers a much more affordable panoramic view, ideal for enjoying the illuminated skyline over an evening cocktail.

Museum of Science and Industry

This museum ranks high on the list of Chicago's attractions because of the interactive presentation of science and technology that help make a visit a "hands-on experience" in the true sense of the word.

Among other things, visitors can board a model of a World War II submarine, walk down a reconstructed street from around 1900, marvel at a 16-foot walk-through human heart, ride in the cage of a coal mine or enter a flight simulator to be catapulted into space. Perhaps you'd rather take a journey through your body or discover the mysteries and secrets of Egypt's Pyramids.

Between 1974 and 1996, the Sears Tower was the tallest building in the world. Its statistics are correspondingly impressive: 1,453 feet tall, 110 stories, 225,000 tons, 106 elevators, 502,320 square yards in surface area. A firmly anchored concrete platform and nine square 75-foot thick steel tubes give the skyscraper its stability.

Visitors can speed up to the 103rd floor in 70 seconds by elevator and see a panoramic view that extends as far as Wisconsin and Michigan in good weather conditions. A piece entitled 'Universe' by sculptor Alexander Calder can be found in the lobby.