Exceptional Royal Ascot 2022. The Most Interesting Designs for the Queen’s Platinum Jubilee 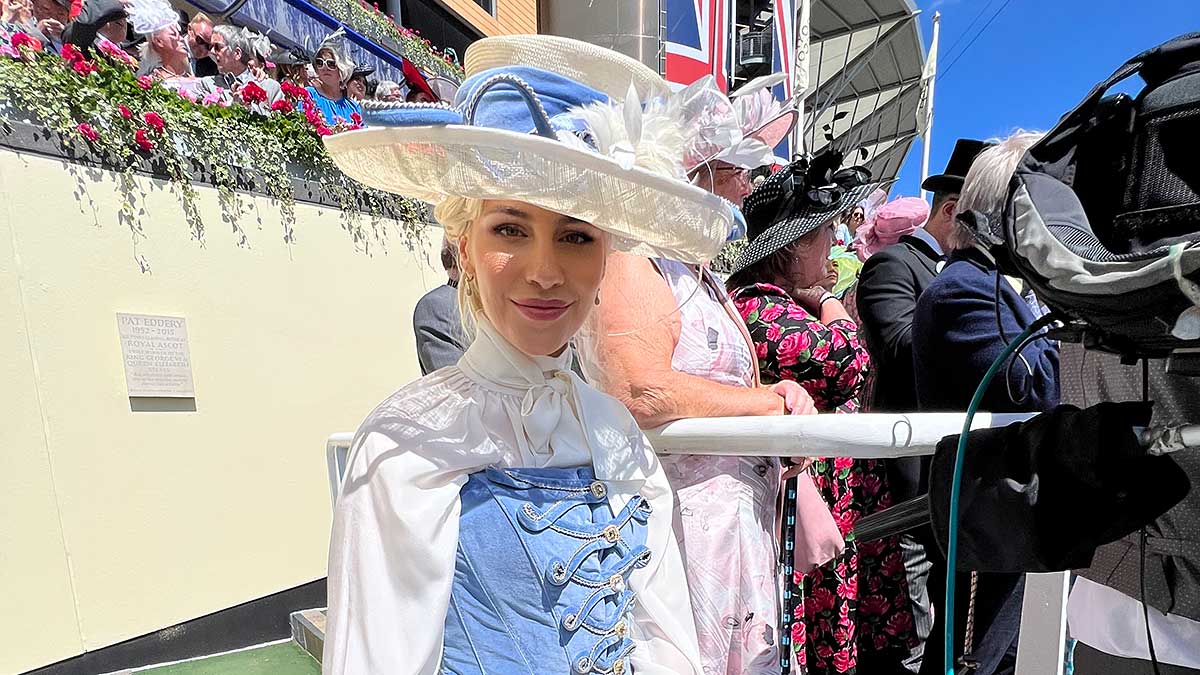 Royal Ascot - the world’s most famous horse racing took place last week. This year was exceptional - it’s the Queen’s Platinum Jubilee. Her Majesty The Queen becomes the first British monarch to celebrate a Platinum Jubilee after 70 years of service.

Many of the creations and assisting events were inspired by the Platinum Jubilee of Her Majesty and symbolically paid the respect to the Queen for her many years of service and dedication.

This year Her Majesty The Queen became the first British monarch to celebrate a Platinum Jubilee, marking 70 years of service to the people of the United Kingdom, the Realms, and the Commonwealth.

Her Majesty the Queen is known as a great horse lover and she never missed the Royal Ascot before. Recent celebrations of the Platinum Jubilee were exceptional and very demanding for Her Majesty, who, at the age of 96, is still a very active monarch.The Queen misses Royal Ascot for the first time since her coronation 70 years ago.

Although Her Majesty the Queen was not present at the Royal Ascot, she prepared a special message for racegoers which was included in the official race program. 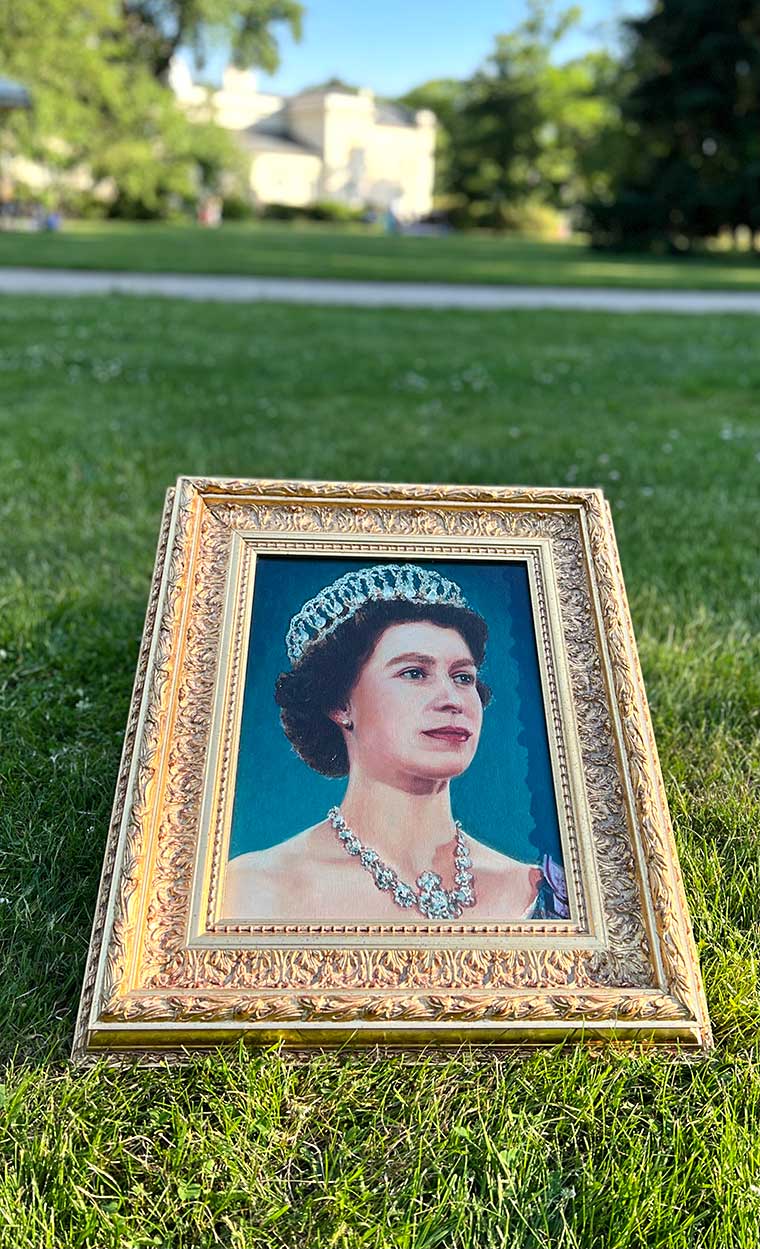 Portraits of Her Majesty, Regal Coffee commemorating her travels during the reign and other projects paying honor to the Queen. By Polish artist Marek Czechowicz

During the Royal Ascot, this year racegoers could have seen many genius and creative projects commemorating the Platinum Jubilee of Queen Elizabeth II.

There were thousands of portraits of Her Majesty, created by the artists during her 70 years of reign, but especially those who could have been seen in the last days caught the attention of the international community.

The beautiful portrait of the young Queen painted by the Polish artist Marek Czechowicz was exceptionally interesting because it showed Elizabeth II just right after she became the Queen. Although very young (just 27 years 0ld), she looks very powerful.

The portrait in a frame plated with pure gold presents the Queen looking with confidence ahead. In her eyes, we see her personality - persistence, dedication, and sacrifice, which became her flagship qualities and were proven thousands of times during her challenging 70 years reign.

In her eyes, we see the promise of a better future.

Very interesting was the project of the Regal Coffee, which was prepared especially for the Platinum Jubilee of Her Majesty the Queen.

Platinum collection by the Regal Coffee. Inside the luxurious lacquered wood with the logo of the Platinum Jubilee, there were four different coffees from different parts of the globe, where Her Majesty the Queen took her visits during her reign:First is Arabica Kenya AA, considered one of the best in the world, second - is Arabica Jamaica Blue Mountain, loved by connoisseurs. As Jamaica's share of the coffee market is only around 1%, delicious Jamaican Arabica is hard to come by, and tasting it is an unforgettable experience for every coffee lover.

The third one is Arabica Australia, full of sweetness from vanilla nuances, with the profile dominated by notes of cocoa, which gently cut through tones of spices and fruit.The fourth is Arabica India Monsooned Malabar.

Although India is currently one of the leading producers of many high-quality coffees, the attention of gourmets is focused primarily on Monsooned Malabar with a smoky chocolate aroma. The coffee is intriguing with its distinctive, spicy taste. We can distinguish the notes of cinnamon, cloves, pepper, or cardamom, and later - different shades of nuts.

During the Royal Ascot, we could also see many beautiful creations which symbolically paid respect to the Queen. Hats, dresses, and brooches were inspired by the Platinum Jubilee.