Princess is a social activist, businesswoman, philanthropist and one of the most charismatic Poles. Honored with many prestigious awards for her dedication, humanitarian work, actions toward peace and support for vulnerable communities. For years Princess Angelika is supporting the poorest, children and elderly. She’s actively involved in many social campaigns around the globe.

White roses and the night of shooting stars

About 41 km from the center of Warsaw, in a beautiful, historical 18th century Palace, next to Grójec, a birthday celebration of Angelika Jarosławska Tarkowska Sapieha took place. Over 290 guests from all over the world came especially for this special celebration. Among them, like every year, there were representatives of international aristocracy, international humanitarian organizations, representatives of United Nations, humantarian demining organizations, business, culture and art reprentatives, generals and army representatives.

The palace had a beautiful scent of various flowers that filled the ballroom and the chambers of the palace. Of course, most of them were "white roses", which became the symbol of Princess Angelika.

White roses symbolize honor, peace and eternity. During the Second World War, the white rose became a symbol of resistance to human rights violations, a symbol of opposition to Nazism and a symbol of peace.

During this year's birthday of the Princess, the music of the interwar period played the "first fiddle".

It was during this period that the hit, which was essential in the film production of "303 Squadron" was made. During the birthday celebration, the guests attended five different live concerts, including one in the palace ballroom.

This time, for this special occasion, a special interactive stage was built in the gardens at the back of the palace. The best specialists in special effects were engaged for this purpose, and the preparation of the stage, lights, and sound itself took several days.

During the celebrations, the guests enjoyed a variety of music supervised by: Emilian Waluchowski and Przemysław Łozowski. From classical music and the interwar period through the performance of the great accordion virtuoso Czesław Jakubik and "Kapela Praska".

The guests could also listen to the songs accompanying such masterpieces as "Notre Dame de Paris" or "The Phantom of the Opera". 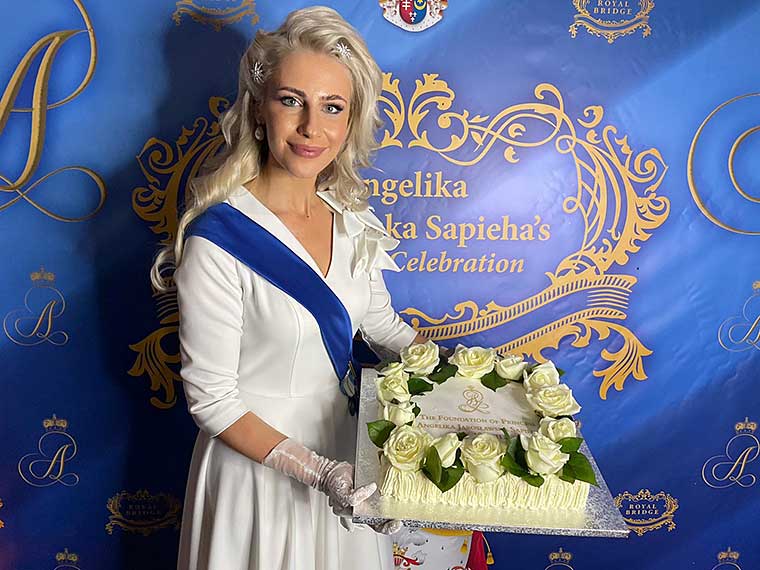 The piano for this occasion was tuned by the master of the piano, Albert Grudziński. Guest could alternately listen to musical pieces from the interwar period, as well as classical music.

In the palace gardens, everyone was waiting in anticipation for the performance of the great, extraordinary star Agata Malcherek, who, together with her band, presented a premiere album performance, prepared especially for Princess Angelka's birthday. Songs never presented before will appear on the new album by Agata Malcherek. It was on August 13th that, for the first time, when the audience could admire not only the wonderful voice of the artist but also wonderful music arrangements combined with an amazing spectacle and wonderful percussion arrangements by Emilian Waluchowski and Marqs on synthesizers.

The concerts had a very interesting concept. As the birthday was inspired by the 1940s, at the beginning of the evening, guests could listen to the arrangements of the music of the 40s in jazz editions of the songs with a soothing, beautiful voice of Kamila Jaskrowska.

Czesław Jakub and "Kapela Praska". The birthday guests have moved back in time to the fascinating Warsaw and Poland of the 1940s and they happily dance to the rhythm of the music that played in the soul of Warsaw residents 80 years ago.

Another concert took the guests in front of the stage in a dance rhythm. It got completely dark. It's the night of shooting stars. Among the lit candles on the balconies of the palace, the beautifully lit garden, and the stage sparkling with lights, Agata Malcherek entered the stage among the clouds of smoke.

An extremely talented star, and at the same time a mentor of many stars from the top of the charts, Agata Malcherek presented her latest album before the premiere.

Another concert in which was performed by rapper Karat, who aroused a lot of enthusiasm. The sensitive rapper has found an unprecedented bridge between the music of the 40s and contemporary rap. Sophisticated, mature lyrics and a dance rhythm made all the guests have fun together to Polish music, although they represented nationalities from every corner of the world.

The last concert, just before the fireworks show, was a big surprise. One of the most talented artists and freestyle champion, Charakterny Zbój, not only presented his songs but also performed a whole series of freestyle, in which he wished Princess Angelika all the best for her birthday. The guests were delighted and they stayed right on the stage until the morning.

As the culmination of the concerts, a long fireworks show has been planned. The sky above the Palace was completely illuminated by a thousand lights of different colors, which blended beautifully with the intense light of the stars, which on the Perseid shower night over the garden sky were visible better than usual.

The team from Sparkle Events was responsible for the stage, which set up the most modern lighting, which not only enlightened the musicians on stage, but also illuminated the palace, which looked like from the fairy tale. Damian Popławski, Kamil Kamaszewski, Mateusz Kaźmierski, Rafał Smolarek were responsible for the installation, equipment, sound and lighting.

That evening, from a delegation from Ukraine, Princess Angelika Jarosławska Sapieha received an unusual gift, "a star from heaven" - literally. 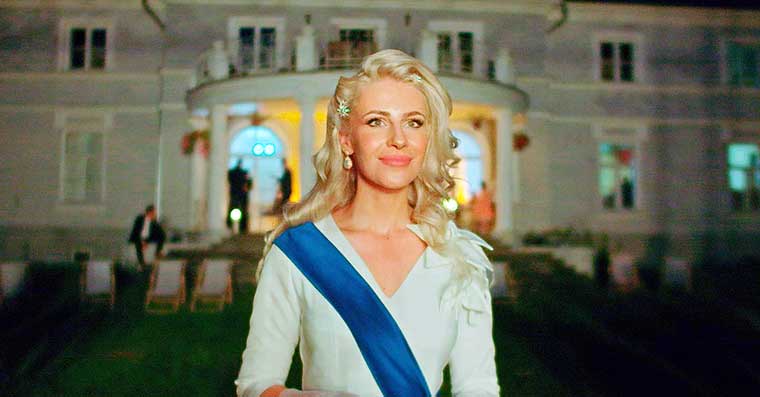 For the spirit and body

During the birthday, the guests enjoyed cakes and sweets created by the Italian masters of artistic confectionery Pasticceria Mignon, whose cakes Angelika Jarosławska Sapieha chose for another year in a row at her birthday party.

To the sounds of a piano, a true film setting, the guests enjoyed the wonderful Moët & Chandon - Dom Pérignon champagne from the golden collection that accompanied Princess Diana during her wedding in 1981. CHAMPAGNE MOET & CHANDON BRUT IMPERIAL 1.5L was specially ordered for the 31st birthday of Princess Angelica. A bottle of the collectible drink REMY MARTIN LOUIS XIII LEGACY in a 1.5-liter bottle has also appeared on the table.

For outstanding connoisseurs of cigars in a humidor in a special room for cigars and on balcony terraces, the gentlemen tasted hand-made cigars from the French-Spanish company Altadis - "Behike", which were created in a limited version for the 40th anniversary of the Cohiba brand. Of course, there were also Cuban Habanos delicacies: Cohiba, Montecristo, or Romeo y Julietta accompanied by Scotch whiskey or French cognac, which were accompanied by a conversation in many languages.

15th Edition of the Polish Businesswoman Awards Gala. Warsaw, March 25, 2022
Forbes 30/50 Summit in the United Emirates Hosted Three Princesses
Stand Up For Ukraine: Global Pledging Event for Refugees and Internally Displaced People, Warsaw, April 9, 2022
Be the Power that Saves Lives Today. "One Mine One Life Worldwide Movement for a Mine-Free World"
New Ukrainian Refugee Landmine Pathways Inspire Women to Unite Forces
77th Anniversary of the Liberation of German Nazi Concentration and Extermination Camp Auschwitz
800 Tones of Humanitarian Aid to the Hospitals in Ukraine
Princess Angelika was Awarded as an "International Peace Ambassador and Leader in the Global Anti-Landmine campaign"
Grand Ball at the Chateau d’Ermenonville for the "Bicentenary of Napoleon Bonaparte”
SEE MORE