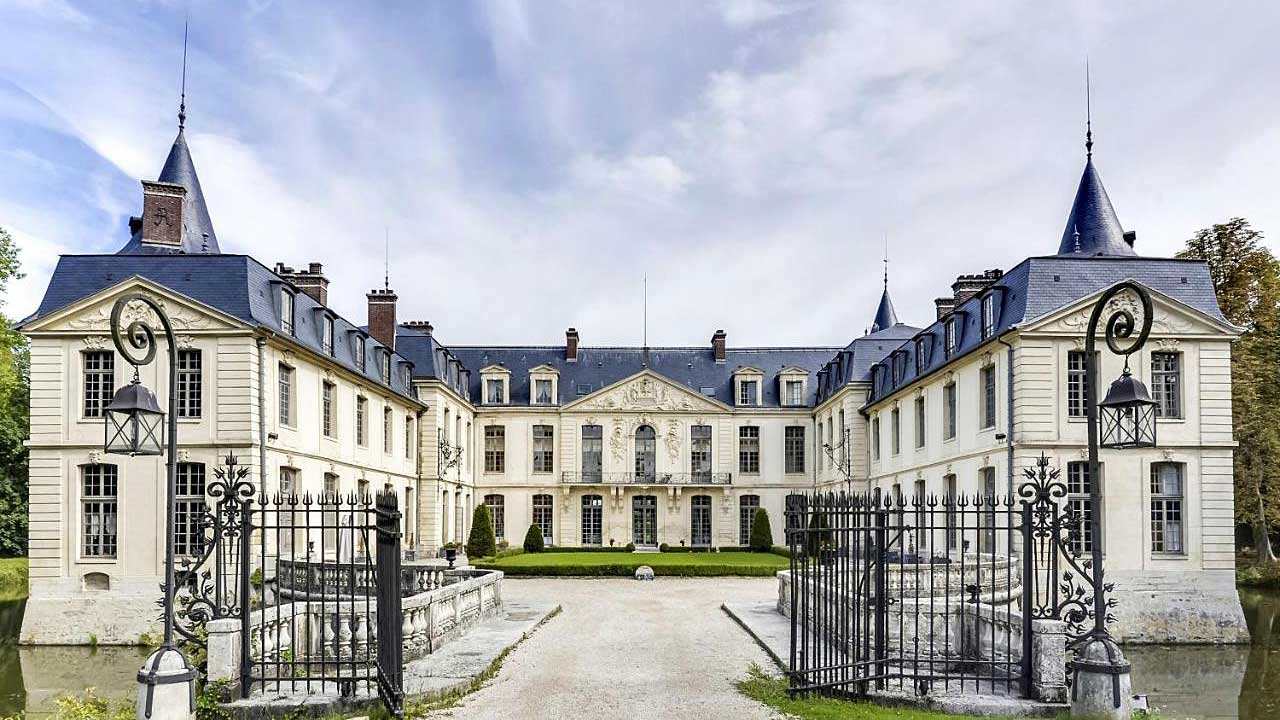 The occasion was special. This year marks 200 years from the death of Napoleon Bonaparte - one of the greatest military commanders and skilled military strategist of all time, twice-emperor of France whose military endevours and personality dominated Europe for a decade.

Napoleon Bonaparte was the commander and statesman who laid the foundations of the modern French state. He also revolutionized military organization and training, sponsored the Napoleonic Code, the prototype of later civil-law code, reorganized education and established the long-lived Concordat.

Today we try to evaluate old attitudes and behaviors through the prism of 21st century standards cannot bring the expected satisfaction. It is certain, however, that France can be proud of its heritage and extraordinary history and the great figure of Napoleon - one of the most important figures in the history of France and the world.

Chateau d’Ermenonville is a place that Napoleon Bonaparte has visited on several occasions. He often hunted rabbits in the castle park.

Castle is surrounded by one of the 10th most magnificent Public Parc of Europe - Jean-Jacques Rousseau park.

Groupe Antoine Haswani, the owner of the Chateau d’Ermenonville brings new energy to the old walls of the chateau. They are doing their utmost to conserve the past and history of the castle, not only by renovating the beautiful historical object but also by organizing countless initiatives to promote the history and cultural heritage of the castle and region.

Beautiful ball in the heart of France.

The ball was held under the honorary patronage of Princess Angelika Ewa Jarosławska Sapieha.

In the heart of the sumptuous Domaine Château Ermenonville, guests of the grand ball enjoyed exceptional shows and exhibitions.

Creme de la creme was breathtaking performance of a horse trained by renowned equestrian artist, horsewoman, and alchemist charms horse, world-class star Clémence Faivre, who has performed all around the world.

The most beautiful classical music brought the quests to the dance hall in Prince Radziwill ballroom. Surrounded by hundreds of lights and beautiful red roses, they started the first dance.

The castle, where the fates of the most outstanding figures throughout history have crossed and the ideas shaping the shape of Europe were born, became the place of the premiere and exhibition of the Royal Militare exclusive collection, created especially for the celebration of the bicentenary of the death of Napoleon Bonaparte.

Created by Princess Angelika Jarosławska Sapieha’s Royal Militare collections are inspired by the ceremonial uniforms, by equestrian, military, aviation, and fashion history over the centuries. Royal Militare clothes are unique models. Every each piece is unique. Thanks to highest quality exqisite fabrics, they are timeless, as the place where they had their premiere.

To the old walls of the Chateau, great energy brought circus shows in an aerial acrobatics wheel and juggling with hoops by the best artists and acrobats.

When it got darker, spectacular light shows with the participation of several dozen drones and music concerts awaited for the guests.