On November 11, in Warsaw, the Association of Veterans of the War for Independence and Integrity of the Republic of Moldova - „CREDINTA PATRIEI” awarded Angelika Ewa Jarosławska Sapieha with the Stefan the Great Cross for her actions for peace and human rights in the world and humanitarian activities as an international Ambassador of Peace.

On November 11, which is an important day for Poland - National Independence Day – Angelika Jarosławska Sapieha was awarded the Grand Order – the Stefan the Great Cross by Major Reserve Alex Brighidin, who represents and coordinates the „CREDINTA PATRIEI” veterans association in the European Union countries.

Let us reming you, that in August 2020 Angelika Jarosławska Sapieha, who is supporting the international anti-landmine campaign was awarded by the former Blues Helmets meeting in Committee and she received a commemorative Medal of Peace, which has rendered eminent services for the noble cause of Peace and the dignity of man, in order to obtain a better world, by promoting Justice, International Law, and Social Progress.

During the ceremonial, Reserve Major Alex Brighidin introduced the current activities, the association, and history of the fights that took place at the turn of 1991 and 1992 in Moldova.
The discussion was concentrated on the overriding role of peace and the destructive power of war.

Let us remind you that Moldova is a small country between Romania and Ukraine that gained its independence in 1991.

At the ceremonial meeting, black and white photographs were prepared from the war in which Maj. Brighidin participated as a Police officer. 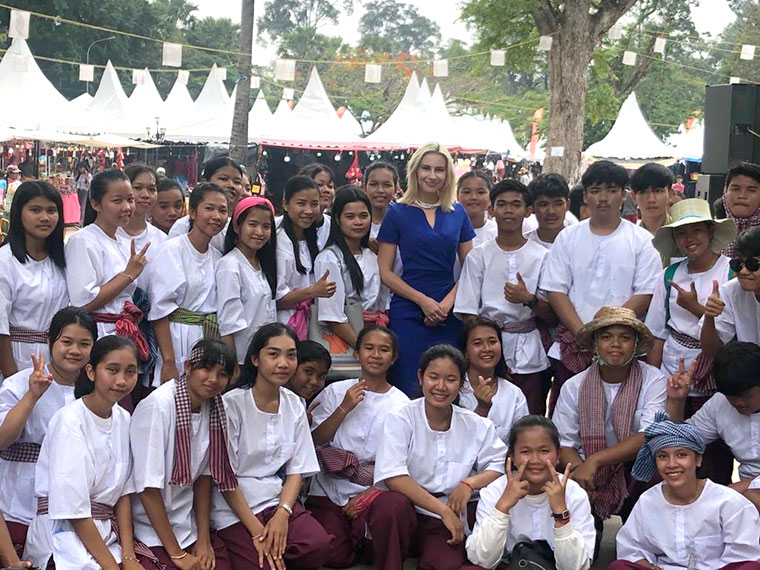 Almost with tears in his eyes, the major talked about tragic moments, killed soldiers, policemen, and also civilians. He emphasized that war takes the young generation and that the most important values are peace and respect for human rights, the sovereignty of nations, and respect for their culture and traditions.

The courage and heroism of the people of this region led to the freedom of this little independent state today. It is worth mentioning that over 30,000 people took part in the fight for Moldova's independence and integrity in 1991–1992, of whom 300 soldiers, policemen, and civilians were killed, and over 3,500 were injured.

A few years ago, princess Angelika Jarosławska Sapieha together with the women leaders from Ukraine, Georgia and Syria created a valuable initiative - "Geopolitics Balance Women's Platform " to support Peace and Human Rights.

Together with these leaders from Ukraine, Georgia and Syria, she launched a joint document entitled “Women. Strategic cooperation. Joint Actions”, which was supported by more than 18 organizations with UN consultative status and submitted to the UN Secretary General.

Angelika Jarosławska Sapieha due to her humanitarian mission, traveled thousands of kilometers, supports campaigns to combat hunger and poverty in many parts of the world. She actively works to protect the environment in the aspects of clean water and air. 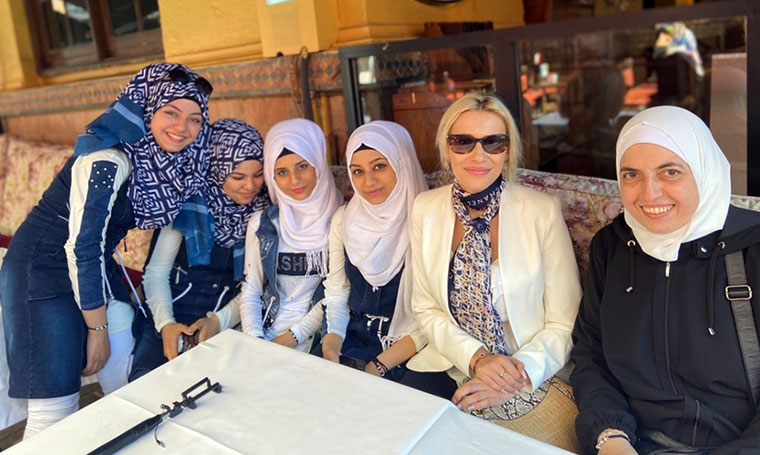 She involved thousands of people from all over the world to protect the natural environment from plastic. Since she has been actively involved in the global anti-landmine campaign for several years, she has been in Cambodia for over 7 months. She also supported other humanitarian activities by helping the inhabitants of tiny Cambodian villages and towns. She was engaged in activities supporting the renovation and construction of schools in Cambodia, and also purchased many books, textbooks, exercises, primers, and centers for teachers, children, and young people.
Angelika Jarosławska Sapieha took patronage over projects related to the demining of Cambodia, Vietnam, and Laos.

At the request of many people in the Thai community, she supported organizations that alerted the world to human rights violations in prisons. Many people in Thai prisons do not have access to proper legal protection, and the families of often innocently convicted people have difficult contact with the inmates. 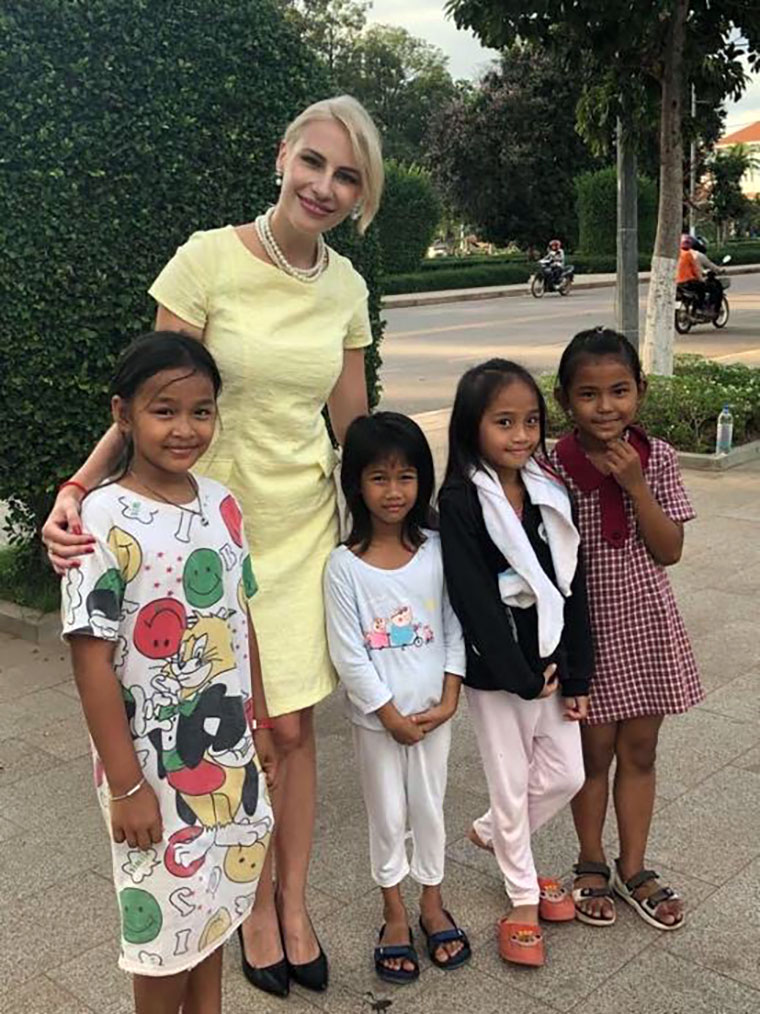 For all these activities, she was honored with the title of the International Ambassador of Peace, and Peacekeepers showed her support from all over the world.

In her dedication and humanitarian work, she is the successor to the tragically deceased Princess Diana and already is often called "the Queen of human hearts".