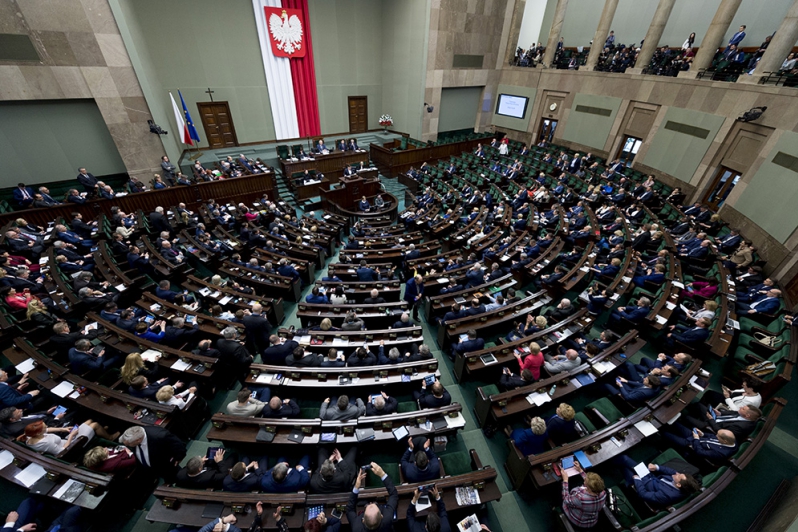 The Sejm of RP voted the resolution against manipulating and falsifying history by Russian politicians.

“The Sejm of the Republic of Poland condemns the provocative and untrue statements by representatives of the highest authorities of the Russian Federation attempting to hold Poland liable for the Second World War. A nation’s greatness and international relations may not be built upon lies and by falsifying history,” reads the resolution adopted by acclamation on Thursday. With this resolution, the deputies opposed to Russian politicians spinning the truth and falsifying history in order to discredit Poland and deteriorate Polish-Russian relations.

The document reminds how World War II was started by two totalitarian powers of the time, which on 23 August 1939 in Moscow signed the infamous Molotov–Ribbentrop Pact: the Nazi Germany led by Hitler and the Stalinist Soviet Union. Poland and other Central and Eastern European States then became the first victims of the two totalitarian regimes. “The war brought death upon tens of millions of people, Nazi concentration camps in Europe, and the Holocaust – one of the worst crimes in the history of human kind,” says the resolution.

The resolution also underlines that the Sejm of the Republic of Poland does not condone this returning to imperial lies that are a step back for the historical dialogue between Russia and other nations. “The Sejm of the Republic of Poland pays homage to the victims of the Nazi-Soviet totalitarianism, wishing that the story of their martyrdom is never falsified or instrumentalised. The Polish Sejm calls for joint reflection on the principles of developing international relations, which are to lay foundations for mutual respect, partnership and good neighbourhood,” notes the document.