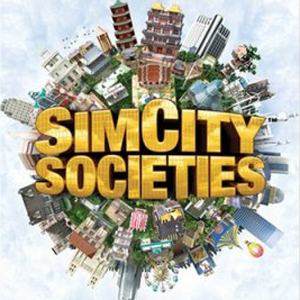 Societies is only a Simcity in name...

The Simcity series is one of the great franchises that's defined the PC gaming platform. Since the original, it has been the premiere city-building simulation series. However, since Maxis announced work on the revolutionary spore, the Simcity series has been left alone. Wanting to keep making money off it, EA commissioned Tilted Mill to create their take on the franchise while "opening it up" to more casual players. The result is Simcity: Societies, and unfortunately, it has quite a few problems...

One of the new ideals in the game is the addition of social energy which are influenced by what buildings you decide to build. There are six of these energies, and as your city grows, you unlock more building choices, which allow you to theme your city in several different ways. These social energies are basically your guide, with the game merely requiring you to even out the energies. Unfortunately, the connection between specific buildings and the social energies they modify is often unclear, and sometimes makes no sense at all.

Missing from this SimCity is a need to monitor your city's economy and conditions closely. Unfortunately, there's no challenge or tug-of-war between agriculture and industry as in previous games. Things like power stations have been overly simplified. For example, power stations now power the entire city, without power lines; there is only one type of road, etc.

The "focus" of Societies is the Sims that actually inhabit it. They are influenced by your city and the buildings they go into, such as priests from churches, monks from meditation centers, mimes from clown schools, etc. When you plop down a building, they trigger cool events, such as therapy invitations and special sales.

One strong point of the game is the variety and detail of the buildings. Some example of these details are kids actually playing in baseball and soccer, or some animals walking around in a zoo. Unfortunately, the engine powering the game is quite inefficient, and we often got extreme frame rate slowdowns in large cities even with our test rig containing a Core 2 Quad and 8800GTX graphics card. The sound is typical Simcity, with a nice urban soundtrack, and specific Sims sounds.

Sure, Societies might try to make the series more personal with it emphasis on Sims, but its drop of hardcore city management and logical building choices leaves a lot to be desired for the average SimCity fan.

Gameplay: 7 - Gets rid of the emphasis on balancing infrastructure, no real challenge as in previous games. However, Sims are much better represented here, and you are able to personalize your city much better than in previous installments.
Presentation: 7 - Great-looking buildings and detailed Sims animations, there are some problems with the game's interface.
Graphics: 6.5 - Detailed buildings, but an extremely sluggish engine can bring down even high-end computer
Sound: 8 - Typical Simcity fare, some interesting soundtracks and detailed city sound.
Value: 8 - The Sandbox nature of this game allows people to really mess around with making a variety of cities.

Final Score: 7.3 - Societies gets rid of a lot of what made SimCity special, and only succeeds in offering a more casualized sandbox.
Marcin Skok
Editor-in-Chief
"The Gaming Corner"