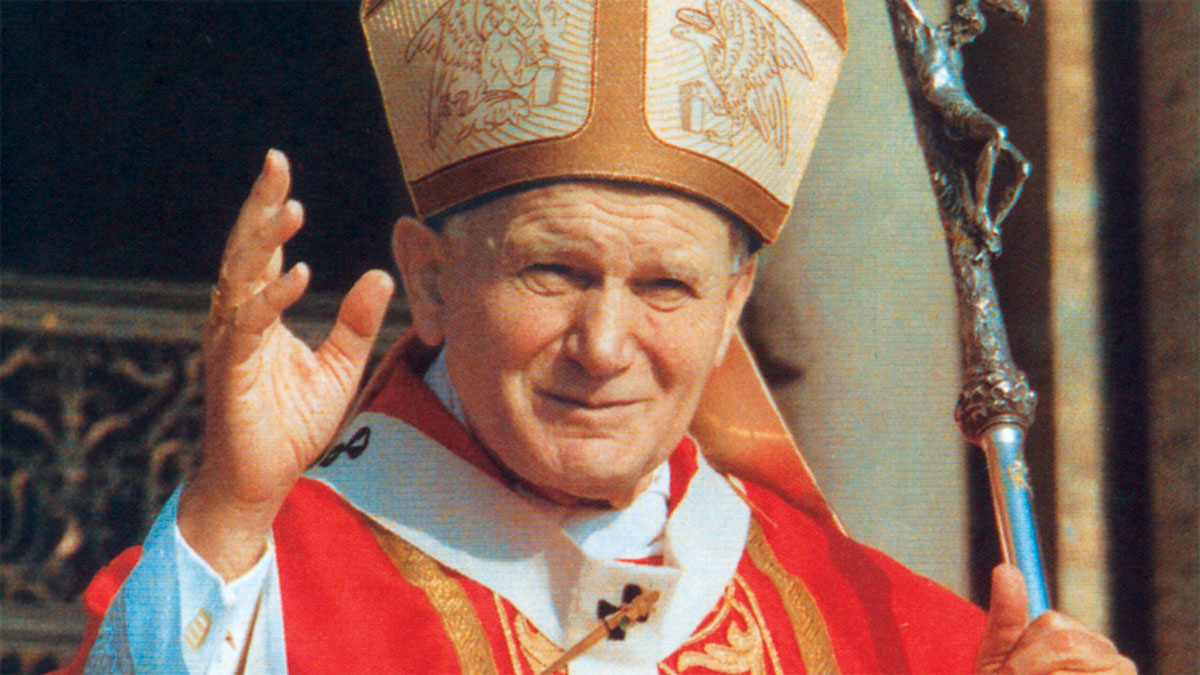 Saint John Paul II was the first non-Italian pope in 455 years and the first from a Slavic country; he was often referred to as the Polish Pope by his compatriots. His pontificate of more than 26 years was the third-longest in history. Born Karol Józef Wojtyła in Wadowice, Poland on May 18, 1920, he died on April 2, 2005 in Vatican City and was canonized on April 27, 2014 for his unerring dedication in upholding human dignity and to deterring the use of violence of any kind.

He promoted a greater understanding between nations and religions, and he traveled extensively - more then all other popes combined - to speak and meet the people of the world. He campaigned against political oppression and criticized materialism, and his influence reached far beyond the church. He was instrumental in ending communism in his native Poland by empowering Poles and aiding the Solidarity movement in the 1980s, and his intervention ultimately contributed to the peaceful dissolution of the Soviet Union in 1991.

JPII's message is true today and resonates with people of all cultures, religious beliefs and cultures, as are apparent in some of his more famous quotes:

"Do not be afraid to take a chance on peace, to teach peace, to live peace…Peace will be the last word of history."
"Friendship, as has been said, consists of a full commitment of the will to another person with a view to that person’s good."
"Become who you are."

The American Institute of Polish Culture in Miami has a limited number of the beautiful and moving DVD documentary John Paul II: I was looking for you (Szukalem Was) for sale. For a donation of $50, you will receive both the DVD and a one-year membership to the Institute. The film is in Polish with English and Spanish subtitles, so it makes a great gift too.

The Best Polish Food in the USA
President Trump to Meet with President Duda at the White House
An Open Letter from Kosciuszko Foundation to President Trump
Support The Restoration Of Historic Statues in Washington, DC
Help Us Honor Col. Romuald Lipinski, a Polish WWII Veteran
Zoni Language Centers Announce the 2nd Zoni Food Pantry & Meal Programs For Our Zoni Community in Queens, NY
The Best Polish Food for Easter in USA - Polish Stores and Online
Due to COVID-19 Outbreak All Events at the Kosciuszko Foundation Have Been Postponed
Social Security Offices Will Only Offer Phone Service
SEE MORE