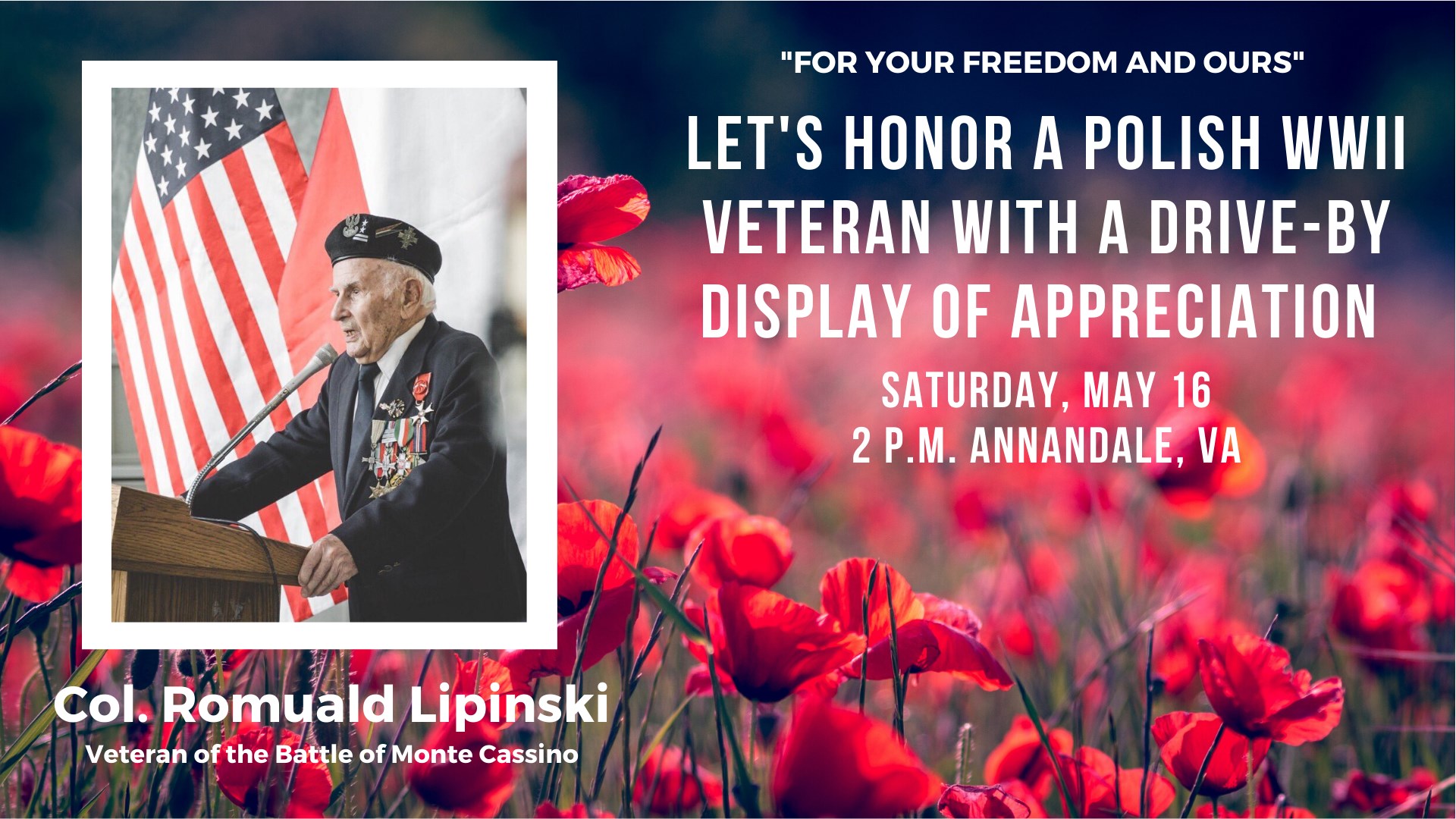 Join us on Saturday, May 16 in Annandale, Virginia as we honor Polish World War II Veteran, Col. Romuald Lipinski, with a drive-by display of appreciation & remembrance on the eve of the 76th anniversary of the Battle of Monte Cassino.

We will meet in the parking lot of Canterbury Woods Elementary School, 4910 Willet Dr, Annandale, VA 22003 at 2 p.m. on Saturday May 16, 2020. From there we will drive nearby and pass by Col. Lipinski's house, clapping and waving to him from our cars.

Due to social distancing recommendations, please do not leave your car. Please bring American & Polish flags, as well as homemade signs. All are welcome!

Col. Lipinski served with the 12 Podolski Lancers Regiment, Polish II Corps as part of the Allied Army in Italy during World War II. In the early hours of 18 May, 1944, a patrol from Col. Lipinski's regiment made it to the top of Monte Cassino and raised a Polish flag over the ruins of the destroyed abbey, ending a bloody battle that had been waged since January of that year and resulted in 55,000 Allied casualties.

Thank you for joining us to honor a true hero - help us spread the word!

Support The Restoration Of Historic Statues in Washington, DC
Celebrating the 100th Year of St. John Paul II's Birth
Zoni Language Centers Announce the 2nd Zoni Food Pantry & Meal Programs For Our Zoni Community in Queens, NY
The Best Polish Food in USA - Import, Distribution, Production, Sale...
The Best Polish Food for Easter in USA - Polish Stores and Online
Due to COVID-19 Outbreak All Events at the Kosciuszko Foundation Have Been Postponed
Social Security Offices Will Only Offer Phone Service
Shipping to Poland and Europe from the U.S. - The Best Polish American Companies
The performance and exhibition by Kuba Falik in New York
ZOBACZ WIĘCEJ