A Retrospective Exhibition and Presentation by Janusz Kapusta in NYC 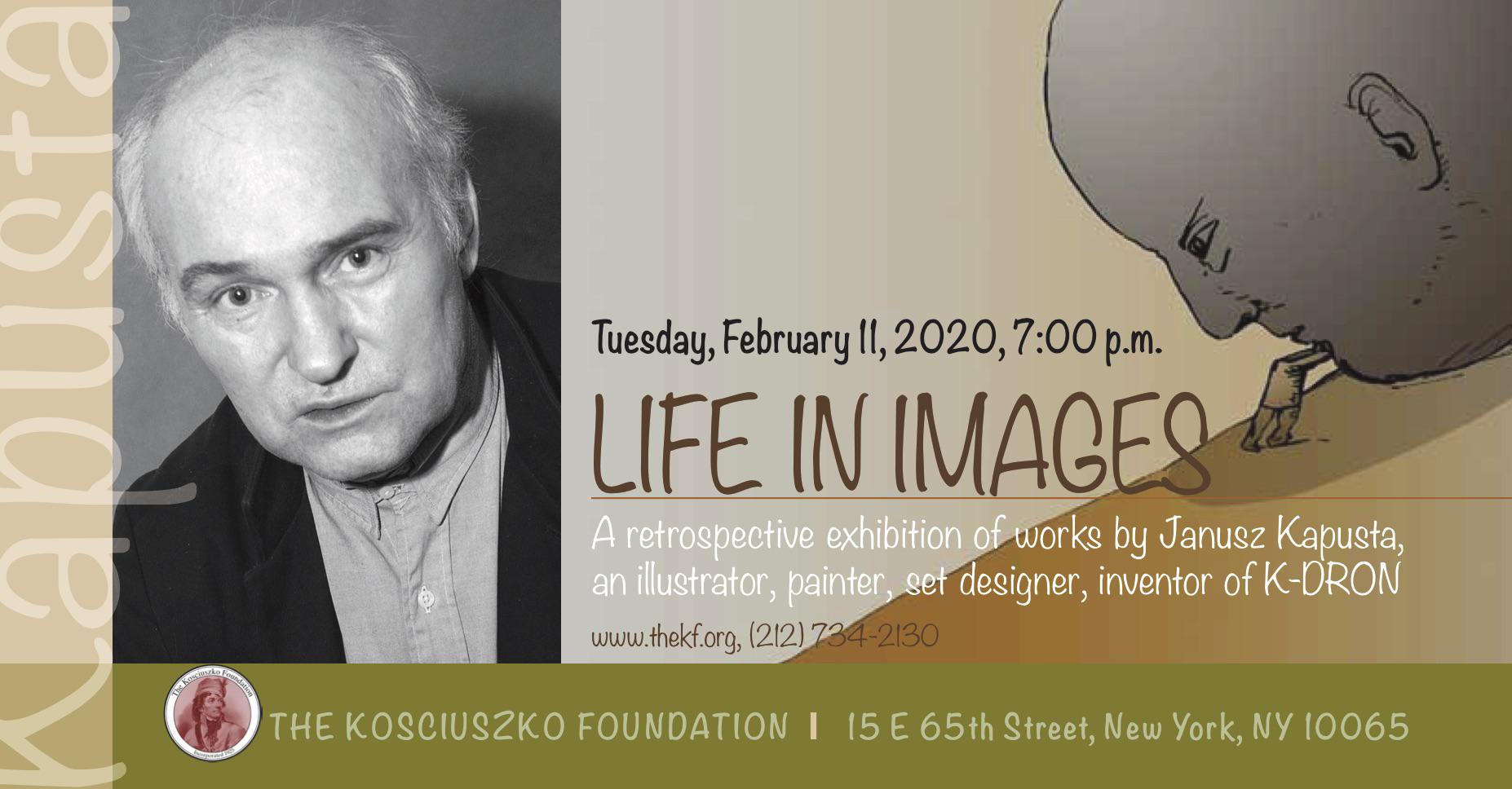 Life in Images in New York at The Kosciuszko Foundation

Join us for LIFE IN IMAGES – a retrospective exhibition of works and presentation by Janusz Kapusta, an illustrator, painter, set designer, known for designing illustrations for "The Captive Mind," a book by Nobel laureate Czeslaw Milosz. His drawings have appeared in the New York Times, the Wall Street Journal, the Washington Post, the Boston Globe, Nature and other major media outlets, and his works are in the collections of many museums and galleries around the world, including the MOMA. The event will offer an overview of the artist's achievements across all media and give insights into his interests in Mathematics and Philosophy that shaped key moments in his artistic endeavors.

A retrospective exhibition and presentation by Janusz Kapusta

In 1985 Janusz Kapusta discovered a new geometrical shape, an eleven faced polyhedron that he named the K-dron (www.k-dron.com). He has exploited the use of the K-dron in many of his works and has presented many K-dron exhibitions (e.g., Museum of Modern Art in Lodz, Poland). In 2000, the artist discovered new and previously unknown principles of the "golden proportion" or the "golden rule" the mathematical concept that fascinated Western intellectuals of diverse interests (including Euclid, Leonardo Da Vinci and Johannes Kepler) for at least 2,400 years, and he has presented them at mathematical conferences and in mathematical periodicals.

Mr. Kapusta has applied his talents in diverse areas of art. He created set designs for operas e.g., Robert Wilson Opera "The Black Rider" and for "Carmen" at the Grand Theatre in Warsaw. He has authored three books: "Almost Everybody" (1985), "Janusz Kapusta in the New York Times" (1995), a book recognized as the most beautiful art album published in Poland in that year, "K-dron. Opatentowana nieskonczoność" or "K-dron. Patented Infinity"(1995).

He has designed illustrations for "The Captive Mind," a book by Nobel laureate Czeslaw Milosz. His drawings have appeared in The New York Times, The Wall Street Journal, The Washington Post, The Boston Globe, Nature and other publications. The artist's works can be found in the collections of many museums and galleries around the world, including The Museum of Modern Art in New York, The Museum of Modern Art in Lodz, Poland and the IBM Collection. He has presented his art at numerous museums in many individual and group exhibitions.

Janusz Kapusta has won many prestigious awards, e.g., Jurzykowski Foundation Award (1981), Grand Prix in an international completion in Ankara (2004), first prize at the Biennale of Press Illustration (Tehran) and first prize for "the best published drawing in the world" (Sintra, Portugal).