The Tradition of The Famous KF Annual Fundraising Dinner & Ball 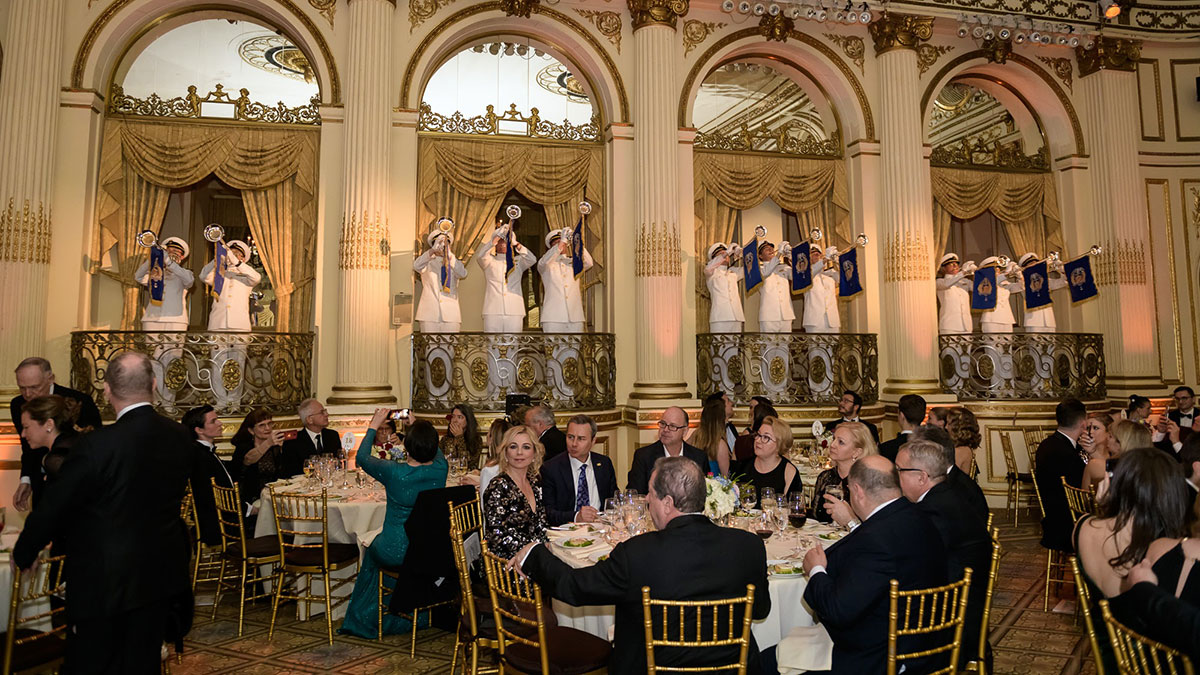 The tradition of the KF Fundraising Dinner & Ball reaches back to 1928 when the Kosciuszko Foundation hosted a dinner at New York's Commodore Hotel to honor Ignacy Jan Paderewski. The event was recognized as a great success in 1933 and since then the Foundation decided to hold an annual fundraising ball to support its operations.

The first Annual Ball took place in 1933 at the Hotel Pennsylvania in NY and moved to the luxurious Waldorf Astoria in 1936. By 1941 traditions from royal courts were brought to the stage and debutantes with a background in scholastic achievement were invited to participate. The young ladies were accompanied by their fathers and West Point Cadets or midshipmen from the Kings Point Merchant Marine Academy. The debutantes were presented to an audience of diplomats, community leaders, and other notables.

Why is the Ball so remarkable? In the simplest terms, it extends Polish culture and celebrates its legacy. For over 80 years the Foundation has organized the Ball with numerous themes and honored over 400 distinguished guests. Each year the ball brings significant funds to sponsor the Foundation’s Academic Programs.

Therefore, it was a truly difficult decision to cancel the ball a second time in a row. Having in mind Polish-Americans' academic future, we are appealing to you for a crucial donation that will sponsor our scholarships and grants programming for 2021/2022. During this time, it is important to keep in mind our scholarship recipients as well as the cost of rescheduling the event. Please help us to survive at this critical time of need. We are putting all our trust in you and our strong Polish community.