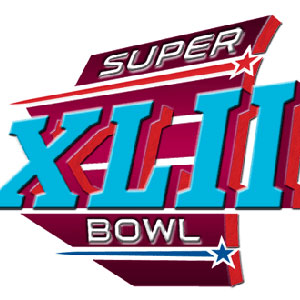 One perfect spiral and it was over for the New England Patriots. Forever, fans would remember who lost this Super Bowl, as much as who won.

And with that thunderbolt, the New York Giants became NFL champions Sunday night. With the crowd standing and roaring for the entire fourth quarter, they startled the heavily favored Patriots _ and themselves, a bit _ with a 17-14 victory.

"Even when my parents were telling me, 'You're going to win,' I don't know if I believed them," said defensive end Michael Strahan, who postponed retirement in late August to try for this trophy.

The previously unbeaten Pats? They finally felt the pressure. Not from their gaudy record, but from the kind applied by the Giants' relentless pass rush.

"Tonight doesn't take away from anything we have done over the course of the season," New England quarterback Tom Brady said. "We had a great year. It's just unfortunate that tonight turned out the way it did."

The 1972 Miami Dolphins didn't seem to mind too much. They're protective of their 17-0 mark that season and don't want anyone to match their unblemished record.

"The Patriots had a great season, but it shows just how difficult it is to go undefeated," said then-coach Don Shula, who was in attendance. "Our players and our fans feel that much more proud of our accomplishment."

Gone was the Patriots' chance to be the first team to finish 19-0. Also lost was their chance to win their fourth title in seven seasons. Instead, they found another way to be marked.

While many Super Bowl losers simply are forgotten, a few are destined to be a part of NFL lore. Almost 40 years ago, the mighty Baltimore Colts fell victim to that other New York team and its poolside prognosticator, the Jets and Joe Namath.

"We had an opportunity to be special, and we let it slip away," Patriots defensive lineman Richard Seymour. "We came so close to being special. Now, we're second class."

"We're only going to score 17 points?" he said then. "OK. Is Plax playing defense? I wish he had said 45-42 and gave us a little credit for scoring more points."

Manning and the wild-card Giants (14-6) knocked off the Brady bunch, pulling off a frenzied, 12-play drive that covered 83 yards in the last 2 1/2 minutes. Included was Brandon Jacobs' plunge on fourth-and-1, plus a circus catch by David Tyree.

Tyree, who began the game with more special teams tackles than catches this season, outjumped Rodney Harrison for a 32-yard grab on third-and-5 to the Patriots' 24 with 59 seconds left. Harrison tried to pull the ball free and one point had it pinned to Tyree's helmet.

"I don't know that there's ever been a bigger play in the Super Bowl than that play," praised Giants coach Tom Coughlin.

Early in the fourth quarter, Tyree caught a 5-yard strike from Manning for his first TD of the season and a 10-7 lead.

"I am a man that really has to capitalize on his few opportunities," Tyree said. "Some things just don't make sense and I guess you can just put that catch there with them."

Amazing, for more than one reason.

"Unbelievable," Giants receiver Amani Toomer said. "In Friday's practice, he was dropping everything."

When this game ended, the Giants had their 11th straight road win and Manning was the MVP, the same award brother Peyton earned last year by leading Indianapolis over Chicago.

"That's a position you want to be in," Eli said. "You want to have the ball in your hands ... down, where you've got to score a touchdown."

Maybe easier to do than watch.

Peyton was in a private box and punctuated each key play by his kid brother with a clap, shout or a wave of his arms.

"You are pulling so hard for Eli," he said. "I guarantee you I am more involved in the game he is playing than any other NFL game. I was pumped, and I got a lot of messages telling me to calm down because I was excited."

Brady, Patriots coach Bill Belichick and several others on the New England side were gone by the very end. Brady's last pass fell incomplete with 1 second left, and Belichick ran across the field to congratulate Coughlin.

The officials determined there was one more play left. With many Patriots off to the locker room, Manning took a final kneeldown in New England territory.

As for how difficult the loss was, Belichick said: "I don't rank them. It's disappointing."

Fined for spying on the Jets' coaches in the season opener, Belichick and the Patriots had every right to believe they would win this time. Even though the Giants played them tough in a 38-35 loss at the Meadowlands in their last game of the regular season, New England was a two-touchdown favorite.

But Brady, a two-time Super Bowl MVP, never quite got into a rhythm. With girlfriend Gisele Bundchen tucked away in a suite, Brady went 29-for-48 and 266 yards. He was under pressure all game, as Strahan, Osi Umenyiora and Justin Tuck kept pounding him.

"There is a way to get to anybody," Strahan said. "And for us today, the way to win this game was to get to Tom Brady. Stop the run and get to Brady.

"As Mike Tyson would say, 'Everybody has a plan until they get punched in the face.' And today, we wanted to punch them in the face."

Brady was sacked five times and the highest-scoring team in league history was held to its lowest point total of the season. He did not show any ill effects from a sprained ankle that recently put him in a protective boot.

Manning's 5-yard pass to Tyree _ it was his first TD catch of the season _ put the Giants ahead 10-7 earlier in the fourth quarter. Brady later hit Randy Moss for a 6-yard touchdown with 2:42 to go that gave the Pats a 14-10 edge.

Four plays after Tyree's acrobatics, Manning found Burress alone in the left side of the end zone.

"It's the greatest feeling in professional sports," Burress said before bursting into tears.