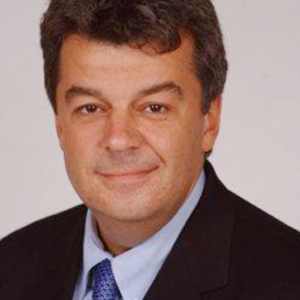 Alex Storozynski: "David Langlieb may portray himself as a great wit, but referring to "Polaks" as "vermin" and "stupid" is unacceptable".

" (...) I am sorry for any pain my article caused. It was always my intention to defend the wonderful community of Greenpoint from the forces of economic and social change, and never my intention to offend. I ask for your forgiveness.”

It is outrageous that a New York City Parks Department Manager would put something like this on the web. This pedestrian form of humor is nothing more than a bigoted attack on Polish-Americans. David Langlieb may portray himself as a great wit, but referring to "Polaks" as "vermin" and "stupid" is unacceptable.
He must be fired from the Parks Department for such an disgusting display of bigotry.
Anything short of that would mean that you condone such language.

Dear Alex:
Thank you for your email regarding an essay written for a college alumni magazine by David Langlieb, an employee of the Department of Parks & Recreation.

Mr. Langlieb's writings were done in his capacity as a private citizen, and were not done on City time or on a City computer. I have attached an apology and explanation written by Mr. Langlieb.

As a Polish-American myself (my late mother, Jagna Wojcicki, was born and raised in Gdynia and Warsaw,) I am proud of the many achievements of Poles around the world and of the Polish community in New York. I hope they will understand that Mr. Langlieb intended his satire as a defense of the community of Greenpoint, and that he sincerely regrets that his writings have caused offense.

“I would like to apologize to anyone offended by my essay, which I wrote as a private citizen, not as a City employee, for my college's alumni magazine. My intention was to write a work of satire that would illustrate the negative influence of young, aloof people who move to Greenpoint from other areas and try to assert their way of life on a strong, cohesive immigrant community. I was attempting to write satire in the historic tradition of Jonathan Swift and others who have used satire as a tool for social commentary. In doing so, I was not sufficiently sensitive to the power of historical stereotypes, even when invoked for the purpose of satire.

I am half-Polish myself - my late grandparents are from Bialystok. I have lived in Greenpoint since graduating college, and love its people (many of them immigrants from Poland, Italy and other countries), restaurants, shops, and energy. I love that Greenpoint's children play under the watchful eyes of their families and neighbors all hours of the day and night. I love that on Saturday mornings, Manhattan Avenue is so alive with people that it can be hard to find room on the sidewalk. And I love that there is no place quite like it in New York - from the concerts at Warsaw nightclub to the fresh sausage at the meat markets.

Again, I am sorry for any pain my article caused. It was always my intention to defend the wonderful community of Greenpoint from the forces of economic and social change, and never my intention to offend. I ask for your forgiveness.”