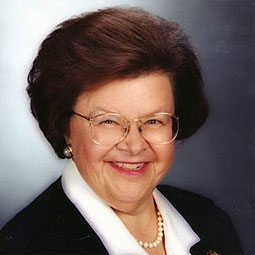 PAC, Washington, DC. October 1, 2006. On September 8, 2006 the U.S. Senate approved the legislation S.2200 entitled "The US-Poland Parliamentary Youth Exchange Program". Republican Senator Richard Lugar of Indiana and the Chairman of the Senate Foreign Relations Committee introduced the bill on January 26th, 2006. S.2200 has four additional Cosponsors in the Senate, who include William H. Frist of Tennessee, Barbara A. Mikulski of Maryland, Lisa Murkowski of Arkansas and Chuck Hagel of Nebraska. The new program would establish a Polish-American intercultural exchange with the purpose of demonstrating the benefits of friendly cooperation based on common political and cultural values. Lugar emphasized, “I believe that it is important to invest in the youth of the United States and Poland in order to help ensure long-lasting ties between both societies. As a past recipient of international and American financial assistance, Poland is now determined to invest its own resources towards the establishment of a transatlantic cooperation network with the United States. A youth exchange program is a terrific place to start.” In 1983 Senator Lugar authored a similar legislative proposal, the Congress-Bundestag Youth Exchange, a unique program which today provides 250 full scholarships for American high school students to live with a host family and attend school in Germany for a year.

The United States and Poland have enjoyed close bilateral relations since the demise of the Cold War. Most recently, Poland has been a strong supporter, both diplomatically and militarily, of the efforts led by the United States in the War on Terror. The Central European nation has also contributed troops to aid US military forces in both Afghanistan and Iraq.

Poland also cooperates closely with the United States on such issues as democratization, nuclear proliferation, human rights, regional
cooperation in Eastern Europe, and a reform of the United Nations. As a member of the North Atlantic Treaty Organization and the European Union, Poland has clearly demonstrated its commitment to democratic values and serves as role model in the East European region.

Eligible participants in the US-Poland Parliamentary Youth Exchange Program would attend a public high school for one academic year, and enroll in courses that place a particular emphasis on their host country’s history, the establishment of its constitution, the nation’s birth and its political development. “Student exchange programs do more than benefit individual scholars and advance human knowledge. Such programs expand ties between nations, improve international commerce, encourage cooperative solutions to global problems, prevent war, and give participants a chance to develop a sense of global service and responsibility,” stated Lugar. Additionally, program participants would be eligible, either during or after the completion of their academic studies, for an internship in an appropriate position in their host country. However, the legislation does not define the term “appropriate position”.

Representatives Peter Visclosky (D-IN) and Rahm Emanuel (D-IL) introduced the companion legislation of H.R.4823 entitled, “To establish a United States-Poland Parliamentary Youth Exchange Program, and for other purposes”, in the House of Representatives on February 28th 2006. Currently, this bill is pending consideration in the House International Relations Committee. H.R. 4823 has eight cosponsors, which include Representatives, John D. Dingell of Missouri, Phil English of Pennsylvania, Dennis J. Kucinich of
Ohio, Daniel Lipinski of Illinois, Rahm Emanuel of Illinois, Marcy Kaptur of Ohio, James A. Leach of Iowa and John Shimkus of Illinois.

The U.S. Ambassador to Poland Victor Ashe commented, "Senator Lugar has always possessed a strong interest in Poland and Polish-American relations. This legislation still must pass the House and be signed by the President in order to become law. However, the legislation appears to possess broad-based bipartisan support."

This Release is an appeal to all members of the Polish American Congress to contact their own Representatives and encourage them to join in this effort as cosponsors.

It is certainly appropriate for the general public also to ask their Representatives to vote for the passage of this legislation in order to make this program a reality. This will help many young people to serve their country and strengthen international cooperation between Poland and the United States.