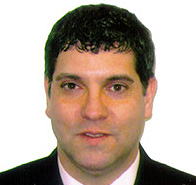 On Sunday, October 1st, Polish Americans will join in the line of march in the 73rd Annual Pulaski Day Parade on the Benjamin Franklin Parkway in Center City Philadelphia sponsored by the Polish American Congress, Eastern PA District.

The Grand Marshal of the Parade is Richard Klimek, who is the Program Supervisor of Polish American Social Services (PASS), and the Recording Secretary of the Polish American Congress, Eastern PA District, and is well known for his work in Polonia.

Everyone is invited to come out and view the Pulaski Day Parade Sunday, October 1st. For those unable to attend, the parade will be televised live on Channel 6 WPVI-TV beginning at 1:00 P.M.

Brief Biography of Richard A. Klimek

Richard Klimek is being honored as this year’s Pulaski Day Parade Marshal for his lifetime of dedication to Polonia. The son of Polish immigrants who settled in the Port Richmond section of Philadelphia, Richard developed a deep appreciation for his Polish heritage, which was reinforced by attending St. Adalbert’s School and St. Adalbert’s Saturday Polish Language School, where he discovered his passion for Polish folk dancing and Polish history. Richard attended Northeast Catholic High School for Boys. In 1980, during his high school years, Richard founded the Polish Youth Organization (PYO), a local community organization for high school students.

While earning a B.S. in History and Political Science at Drexel University, Richard began his active involvement in the Polish Intercollegiate Club. Besides holding the offices of president of the P.K.M. Board for one year and director of the P.K.M. Polish Folk Dance Group for ten years, he also served on the Board of the Polish American Folk Dance Association of the Americas.

After graduating from Drexel, Richard joined the staff of Polish American Social Services. He later earned a Master’s degree in Social Work from Temple University. He is currently Program Supervisor for the agency and serves on the Board of Directors. An active member of the Polish American Congress, he is currently the Recording Secretary. He also serves on the Board of the Polish American Cultural Center and volunteers his time for the Museum Exhibit Hall. Richard is also a member of the Associated Polish Home, the Kosciuszko Foundation, the Polish American Association and the Polish National Alliance. For the past twenty-one years, Richard has portrayed General Thaddeus Kosciuszko at special events and particularly enjoys sharing the General’s life story with area school children.

Richard and his wife, Dorothy (Prusik), have three children, Andrew, Monica and Thomas.