The First Polish Settlers in America 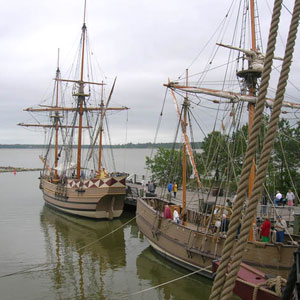 On October 1, 1608, the English ship Mary and Margaret arrived at Jamestown, Virginia. Aboard the ship were several persons of Polish descent who had been hired by the Virginia Company of London, at the request of Captain John Smith. Captain Smith, who had first learned of the Polish craftsmen's work while traveling in Eastern Europe, invited them to Jamestown for the specific purpose of helping to establish a glass industry in the colony. Upon their arrival, the Poles made a vital contribution to the survival of the colony by digging a well to provide fresh drinking water, which was seriously lacking in the colony.

The next accomplishment was the building of a furnace to produce glass products, which became the first factory in America. In addition to producing glass products, the Polish settlers also produced pitch and tar, vital building materials for expanding the new colony. Despite many hardships due to the climate and living conditions, the Poles and their fellow settlers persevered and eventually were able to produce enough glass, pitch and tar for export to England. These products became the first commercial items to be exported from America to Europe.

On July 30, 1619, the Polish settlers accomplished another noteworthy achievement in the Jamestown colony by staging the first labor strike in America. After being denied participation in the first Virginia assembly, the Polish settlers conducted a labor walkout, not for wages or better working conditions, but for democratic rights. The newly formed House of Burgesses quickly acknowledged the vital role of the Poles in the settlement's well being and granted them the same voting privileges as those enjoyed by the English.

The arrival of the first Polish settlers in America marked a humble, yet significant event into American history. Over the years, people from Poland continued to immigrate to America. Today Poles are the sixth largest ethnic group in America, residing in all fifty states and participating in every aspect of American life. Poles comprise a significant portion of the tens of millions of immigrants who have come to America from all over the world and now proudly call this nation their home. 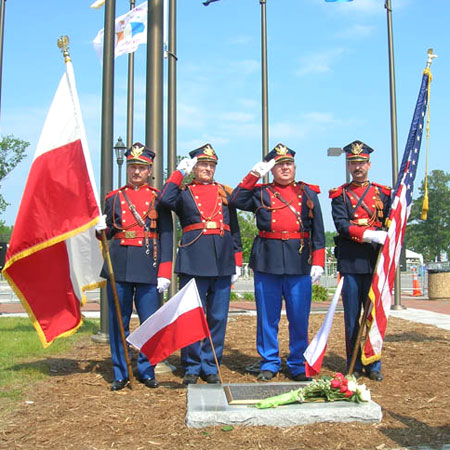 The 400th anniversary of the first Poles in America provides an excellent opportunity for persons of all national origins to reflect on the journey of their immigrant ancestors who continue to add shape and color to the American mosaic.