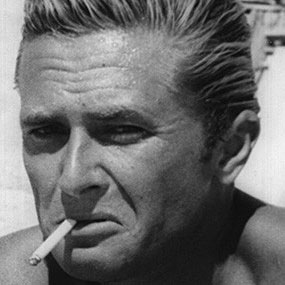 Polish literature scholar David Goldfarb discusses these issues with translator Antonia Lloyd-Jones and publishers Sal Robinson and Ross Ufberg, all of whom have a hand in Hlasko's revival.

How can publishers work together to revive a forgotten classic? What new challenges and opportunities does collaboration offer? Could this be a new business model for smaller, more flexible presses? Marek Hlasko (1934 - 1969) was a leading symbol of Poland's angry young men. Known as the Polish James Dean, he led a brief, colorful life, mostly in exile. His books - a cross between gritty noir and the edginess of the beats - exposed the underbelly of postwar Poland. For generations of readers, Hlasko represented the quintessential spirit of rebellion. Yet Hlasko's books have been little-known in the English-speaking world. In the last year, however, three presses have independently published or republished a number of Hlasko's works in English: Northern Illinois University Press, an established publisher of international literature; Melville House Press, a small independent publisher; and New Vessel Press, a dynamic new startup bridging the gap between print and digital. This joint effort has led to a remarkable surge of interest in Hlasko, including pieces in the Wall Street Journal and the Los Angeles Review of Books. This panel is an opportunity to discuss not only a fascinating writer who has been overlooked, but also new models of cooperation across publishing houses. Much has been made of smaller presses taking bigger risks than the Big Five. Could kind of collaboration offer a new way to mitigate risk, creating buzz around authors who would otherwise be overlooked and building demand for literary fiction in an increasingly crowded field? Polish literature scholar David Goldfarb discusses these issues with translator Antonia Lloyd-Jones and publishers Sal Robinson and Ross Ufberg, all of whom have a hand in Hlasko's revival.

Please note that registration for Book Expo America is required to attend this event.