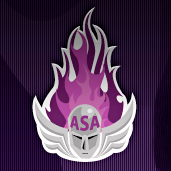 Pena, who plays defensive lineman, will join a Green Bay franchise that has won 13 NFL Championships, including four Super Bowls. The Packers' most recent title came in 2010 after defeating the Pittsburgh Steelers in Super Bowl XLV. Green Bay finished the 2012 season with an 11-5 record and advanced to the NFC Divisional Round as the conference's No. 3 seed before falling to the eventual conference champion San Francisco 49ers.

Pena, a Yonkers, N.Y. native and star at Saunders High School, delayed the start of his college career by four years to support his mother, Susan Cruz, as she battled cancer. Once he joined Head Coach Dennis Orlando’s new Football program at ASA, he became an impact player.

As a sophomore in 2010, Pena earned First Team All-Northeast Conference honors after recording 41 tackles, 17.0 TFLs and 5.0 sacks while nearly leading the 7-3 Avengers to a NEFC title in their first season in the conference. He earned a full athletic scholarship to attend the University of Mississippi the following fall.

At Ole Miss, Pena played in 23 games with six starts at nose tackle during his two-year Rebel career. As a senior in 2012, he racked up 34 tackles, 2.0 sacks and 6.5 TFLs and was invited to play in the Raycom College All-Star Classic after the season.