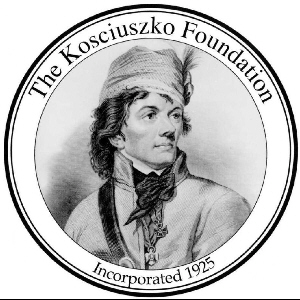 The new director of the Jagiellonian University's School of Polish Language and Culture, Dr. Robert Dębski, this week welcomed students from around the world in the university's neo-gothic Collegium Novum.

Approximately 440 students from 46 countries, representing five continents, have converged on Krakow for the 40th consecutive summer to study Polish and learn about Poland at the 645 year old university. The Jagiellonian University is the second oldest university in central Europe, and has had such famous alumni as Nicolaus Copernicus, Stanislaw Lem, and Pope John Paul II.

More than 6,000 students have taken part in the Kosciuszko Foundation summer sessions.  In addition to various levels of Polish language courses, the summer school also offers a wide range of classes in Polish history and culture such as History of Polish Art, Polish Film, and The Jews in Poland, to mention only a few. Following Prof. Dębski's welcoming remarks, the university's Vice Rector Andrzej Mania gave the annual opening address.

The largest number of students from one country is the group of 200 from the United States of America. Of this number 48 were recruited by the New York-based Kosciuszko Foundation, and 15 of them have received scholarships from the Foundation to attend summer school in Poland.

Approximately 80 students are also on scholarships given by the Polish Ministry of Science and Higher Education under a program entitled Polski dla Najlepszych (Polish for the Best). The majority of students in this program are foreigners of Polish descent who live in the former territories of the Soviet Union such as Ukraine, Belarus, Russia, and Kazakhstan.

Founded in 1925, the Kosciuszko Foundation is dedicated to promoting and strengthening understanding and friendship between the peoples of Poland and the United States through educational, scientific, and cultural exchanges and other related programs and activities. It awards fellowships and grants to graduate students, scholars, scientists, professionals, and artists and helps to increase the visibility of Polish culture in America by sponsoring exhibits, publications, film festivals, performing arts such as concerts and recitals, and assists other institutions with similar goals.

Joseph A. Herter, the Kosciuszko Foundation in Warsaw: kosciuszko@send.pl