A Wake Up Call! 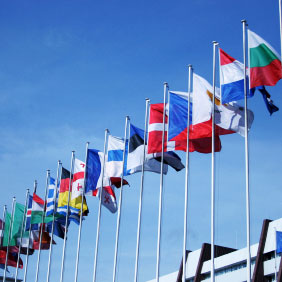 Global outsourcing of jobs became a common practice for some American businesses who sought reduced operational and employee costs and increased profits.

For many years, growing employment opportunities in the U.S.A. helped build American industry, supported American workers and their families and permitted millions of immigrants from all over the world to become proud Americans and realize a piece of the American dream.

In more recent years, global outsourcing of jobs became a common practice for some American businesses who sought reduced operational and employee costs and increased profits. Over the past 20 years the negative effects of globalization were less noticeable to you and me because unemployment was lower and jobs were more readily available. However, the current recession is a wake up call which has finally forced us to reassess job outsourcing and acknowledge that business practices of the past are now coming back to haunt not only American workers, but the American economy.

If globalization provided a fair balance of employment opportunities for people in the U.S.A. and around the world, everyone could prosper. But the preoccupation with lower operational costs, avoidance of taxes, and desire for higher profits led more and more American businesses to outsource jobs overseas. Today, even though product packaging continues to bear familiar American corporate names and logo's, production and assembly of a growing number of items occur largely in foreign countries which means fewer manufacturing and related jobs for Americans.

America experienced recessions in the past and was able to recover more quickly because there were many more production and related employment opportunities still available. Today, with massive globalization, computerization and modernized production technology, many jobs require fewer employees to produce items. This makes it harder to get people employed and the economy moving. We can all agree that the American people should have never sat back and permitted so many jobs to leave America, jobs that employed millions of Americans year after year.

The current recession and loss of jobs didn't happen overnight, and the recovery will take time. However, you can help now by purchasing products presently being made in America, which are available to you at stores right now with the Made in America label.

This is Michael Blichasz, and as always, I appreciate hearing from you. I welcome your comments and suggestions and ask that you spread the word to others. You can email me from my Internet site at: MichaelSupportsAmerica.com or log on to: AmericanWorkersNeedYou.com.