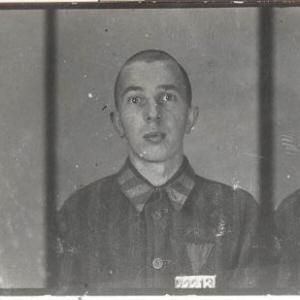 Brooklyn, N.Y. .. It came as no surprise to Michael Preisler when a New York City newspaper quoted a state assemblyman who argued that a Holocaust Memorial Park in Brooklyn should honor only Jews.

City officials sparked the controversy when they approved a bid to place markers in the park commemorating the non-Jewish victims of the Holocaust.  Designated to be in that group were homosexuals, Jehovah’s Witnesses, the disabled, political prisoners and Gypsies.

“As usual, great care was taken to avoid specific descriptions like ‘Polish’ or ‘Catholic’ for that list,” said Michael Preisler of Richmond Hill who survived more than three years as a prisoner of Hitler’s SS in Auschwitz.

He also survived the bloody January, 1945 Death March out of Auschwitz after the Germans gave the order to evacuate the prisoners and transfer them to other German camps in Austria.

It was ironic that a matter like the Brooklyn park came up just as Preisler’s Holocaust Documentation Committee of the Polish American Congress was in the process of planning to commemorate the anniversary of the June 14, 1940 opening of Auschwitz when the first transport of  728 Polish prisoners arrived that day.

Auschwitz was originally intended for the Polish people, according to Preisler who was sent there in October, 1941.  For the first two years of its existence, most of the prisoners in Auschwitz were Polish Christians.

“It was still like that when I got there,” he said.  Mass transports of Jews began only after the Nazis devised the ‘Final Solution’ at the Wannsee Conference in January, 1942.  By the time the war ended, the largest group murdered there were Jews.  Poles were the second largest.

Preisler emphasized that Jews and Poles shared a similar existence. “We got the same treatment.  We wore the same uniforms.  We ate the same food.  We slept in the same barracks.  Anyone of us could be shot dead, anytime, at any whim of any SS-guard,” he said.

Efforts to compare and differentiate the suffering of the victims were not as prevalent in past years as they are now.  Preisler still recalls how joint memorial services were originally conducted by lighting eleven candles: six for the six million Jews and five for the so-called “others” of which Polish Christians were the most numerous.

As age and death began to take their toll on the survivors and fewer remained who knew the facts and could tell the complete story, the observances slowly drifted away from the usual ceremony and only six candles were lighted while the rest were omitted.

“Then the media started to portray us as mere by-standers who looked on and did nothing while someone else was suffering or dying.  Sometimes we were even accused of being the perpetrators despite the fact Israel’s Yad Vashem honors the Polish people as the ones who rescued Jews more than anyone else.”

Preisler visits many schools and tells the children about the magnitude of the Holocaust and how so many different people
became its victims.

“Those who hate rarely are able to limit their hatred to just one group,” he says.