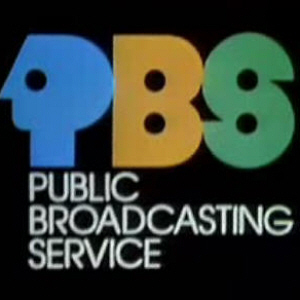 Wilkes-Barre, PA … He’s charming, suave and debonair. His is a warm and winning smile. He directs his musicians and dancers with an impressive display of old world elegance that captivates every audience for which he performs.

No one would dispute he represents the quintessential continental.

It’s no wonder the Public Broadcasting Service (PBS) chose Maestro Andre Rieu to project a sense of class and quality that would exemplify the high standards of television programming PBS claims it offers the American public.

Even more important for every station in the PBS network, Rieu’s fans are willing to come up with generous donations whenever PBS tapes his performances and appeals for contributions when it airs them afterwards.

Unfortunately, PBS just discovered that this goldmine it owns appears to have an inherent flaw.  During his current concert tour of the United States, Mr. Rieu was unable to resist the compulsion to display some old world bigotry against the Polish people when he performed in Wilkes-Barre last month.

Rev. Kuliczkowski’s family lived through the German Nazi and Russian Communist occupation of Poland in World War II.  He is proud of his grandmother's efforts in sheltering Jews during that violent period..

But the admiration the Kuliczkowskis held for Rieu ended abruptly that evening after the maestro’s “warm and friendly smile turned into a snotty grin” during a skit in which he ridiculed the Polish people.  They walked out immediately, disappointed and disillusioned with Rieu’s cheap shot against their ethnic group.

“We enjoy a good joke but not a degrading insult,” they said.

As Mrs. Kuliczkowski reported, “a number of female cast members walked onto the stage in Dutch folk costumes.  One of the women appeared to act stupidly.  She had her hat on backwards and was acting in a comedic way. Rieu walked over to her, readjusted her hat, turned to the audience and said ‘she’s from Poland.’”

Rev. Kuliczkowski had good reason to feel insulted.  “My family took a lot of abuse from the German Nazis and the Russian Communists when they occupied Poland.  We never expected such a putdown from a Dutchman lik e Mr. Rieu.  We object to anyone who promotes prejudice among our ethnic groups,” he said.

The Kuliczkowskis had no intention of keeping such objections to themselves. They considered this not only a local matter but an international one as well.  They alerted various PBS stations and the Anti-Bigotry Committee of the Polish American Congress about Rieu’s antics.

As evidence of how intensely they felt about Rieu’s brazen insult, they also wrote to the Queen of the Netherlands and to the mayor of Maastricht, the city in the Netherlands from where Rieu comes.

Since Rieu makes constant references to his hometown and native country, the Kuliczkowskis wanted these two Dutch officials to know just how some Americans feel and about how Rieu misrepresents the Netherlands.

So far, the local PBS station acknowledged their complaint.  The Queen has not yet formulated an appropriate response to this embarrassing incident.

However, the Mayor of Rieu’s home town was quick to grasp the distress of the two Americans and promptly answered with an apology for Rieu’s insensitivity.  “I am sure there must have been some misunderstanding.  I apologize for that,” he wrote.  The mayor also noted that the Dutch still thank the Polish army for liberating them in World War II.

As for the executives who run the whole PBS network, "now's the time for them to live up to their high standards.  By doing nothing, they allow bigotry to flourish." the Kuliczkowskis said.