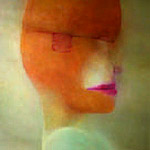 JKK FINE ARTS, Gallery of European Art, is dedicated to cultivation and admiration of the traditions and values of Fine Arts. It promotes contemporary symbolist, expressionist, figurative art. Art, which represents the best quality of form and great aesthetical subtlety. JKK Fine Arts takes pride in showing original paintings, drawings, sculptures, and limited edition hand-pulled prints by established European artists, with emphasis on Central and Eastern Europe. At the most recent show, called POLISH MODERN MASTERS, the audience will have a chance to look closer at the works of the most prominent Polish artists from American private collections. Works of such masters, as Jan Lebenstein (1930-1999) from Paris, whose paintings are included into collection of MoMA in New York City, SFMoA in San Francisco, and Hirshhorn Museum in Washington, DC, to mentioned just few, Zdzislaw Beksinski, famous Polish visionary painter, murdered last year in Warsaw, whose work is admired by such artists as Clive Barker, H.R. Giger, George Lucas, Roman Polanski, Donald Sutherland will be on display in the gallery. One of a kind sculptures by Prof. Lubomir Tomaszewski, founder of modern American artistic movements: “In Tune With Nature” and “Emotionalism”, whose works are included into most important Polish national museums, and in private collections of Rockefeller Family, Robert Marston, Alan Potasch, William Donaldson, and NECCA Museum are among those that are deeply appreciated by visitors. Also sculpture by Barbara Falender of Warsaw, one of the most famous Polish contemporary artists, is featured with a series of erotic pieces beautifully executed in bronze and marble: “Ganymede”, “Transitoriness”, “Terra”. Two exceptional paintings by one of the best Polish painters and graphic artists alive, Franciszek Starowieyski, b. 1930, graduate of the Academy of Fine Arts in Krakow and Warsaw, Poland (1955), will be on view at the gallery. Starowieyski is recently a professor of painting at the European Academy of Art in Warsaw. He is one of the leaders of the Polish Poster School; received major awards at Sao Paulo Biennial, 1973, Cannes Film Festival, 1974, International Film Festival, Chicago, 1979, International Biennial of Poster, Warsaw, 2000. His work is characterised by its richly ornamental brushstrokes,
and his favourite motifs are the passing of time, death, and the horizons of civilisation. Works of all artists mentioned is on display in the gallery from January 9th to February 28th, 2007. Admission is, as always, free.