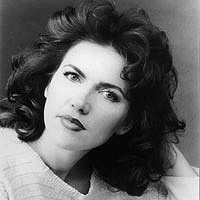 The celebrated soprano Maria Knapik is featured with other distinguished soloists in a performance by the New York Grand Opera Orchestra and Chorus, conducted by its founder, Vincent La Selva, and joined by "Les Chanteurs" from Freedom High School, Bethlehem, PA, and the Metropolitan Greek Chorale. Other featured soloists are Edward Perretti, Tenor; Frederick Redd, Baritone; and Jeeminn Lee, Mezzo-Soprano.

The program, featuring Beethoven's 9th Symphony, includes the 2nd Movement from Symphony No.3 by Henryk Gorecki and the U.S. premiere of Elegia for Soprano and String Orchestra, by Peter Paul Koprowski, a Polish composer who lives and works in Canada. His Elegia was written to K.K. Baczynski's famous poem.

The concert is supported by the Herman Lissner Foundation and The Embassy of the Republic of Poland in Washington, DC