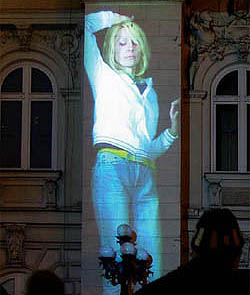 The Polish word “poza” has a double meaning: “pose” or “posturing” (as one disguises his or her true nature for public display), and “beyond” or “besides”. Writer Witold Gombrowicz once stated: “I know very well what kind of Polish culture I wish to have in the future… the weakness of the contemporary Pole resides in his “one-dimensionality” (more precisely in Polish, his “jednoznacznosc”, or lack of complexity) and also – his onesidedness; therefore all effort should be made to enrich him with a second polarity – to complement him with another Pole, who is completely – extremely – different." (Diary, 1954) Curated by the Polish-born and New York based art critic and art historian Marek Bartelik, POZA will gather together works of 31 artists with roots directly or indirectly in Poland, and who currently live in Poland, the United States, Canada, France, and Brazil. The artists represent different generations – the oldest born in the 1930s, the youngest in the early 1980s. The works are divided between the main gallery, three accompanying exhibitions in the Real Room, and accompanying film programming. Works include painting, sculpture, photography, new media, video and site-specific installations and performances at Real Art Ways, as well as public projects located around Hartford and surrounding towns. In partnership with the Polish Studies Program at Central Connecticut State University, Real Art Ways is organizing accompanying programming including a film series, lectures, artist talks, discussions, and social events. The exhibition is supported by the National Endowment for the Arts, the Polish Cultural Institute in New York, Central Connecticut State University and the Trust for Mutual Understanding.